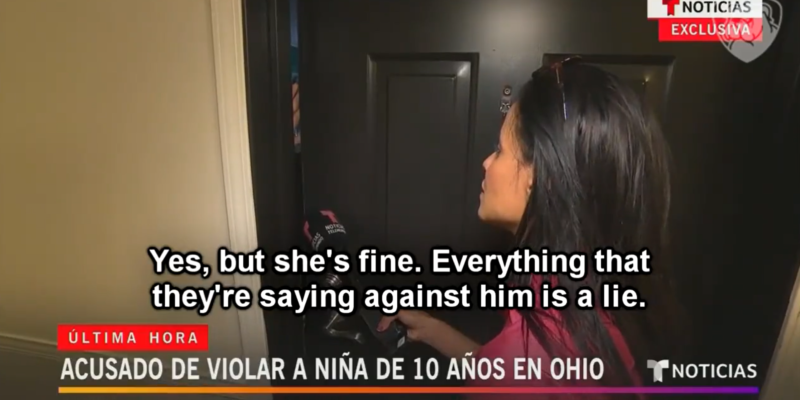 Yesterday, we covered how a 10-year old girl was serially raped by an illegal immigrant, and then granted bail by a lenient jewish judge with a spectacularly corrupt history. It’s hard to imagine how such a horrific case could get any worse, but in our current nightmare world anything is possible.

Today, a news crew managed to secure an interview with the victim’s mother, and her response is one of the most repulsive things I’ve seen in a while. Much of the skepticism of the original report centered around there being no arrest report nor call to police, and now we see why.

WATCH: The mother of the Ohio 10/y rape victim tells Telemundo's @MariaVargasPion that the child "is fine", and "everything they say about (Gerson Flores) is a lie." pic.twitter.com/Vtpyn404g7

In this short clip, the mother defends her daughter’s rapist, through the privacy of cracked door, trying to convince the world that the child is fine, and that everything the media is saying is a lie, despite the suspect already confessing to raping the child on multiple occasions. 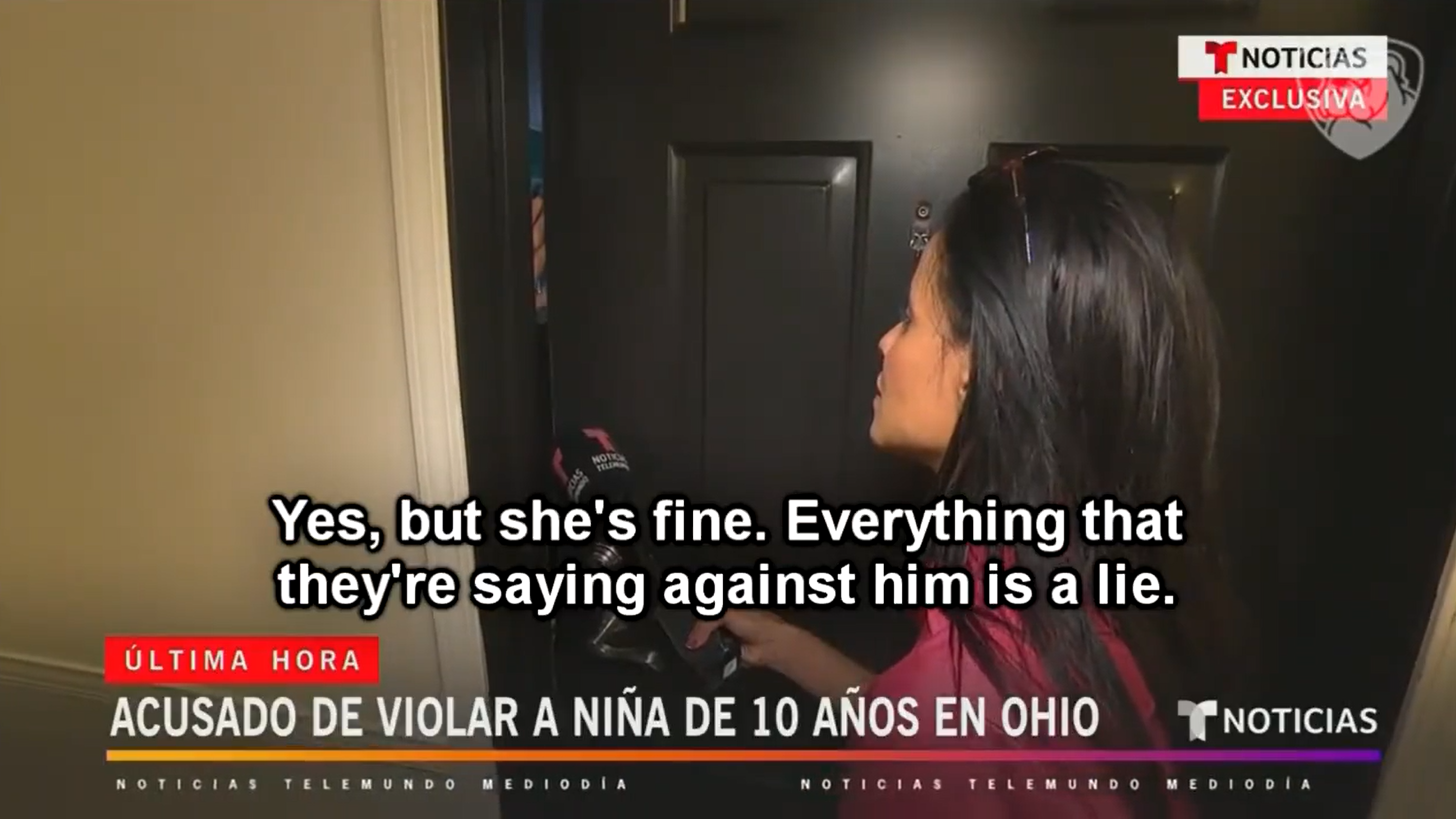 I don’t even think I need to say how twisted an individual has to be to throw their own abused daughter under the bus to protect the “honor” of a disgusting rapist that should never have been in the country in this first place. We always hear in the media how these families are natural conservatives with strong traditional values, but I don’t know how they can muster to keep up the facade as cases like this grow in number.

Another scary detail that’s emerged is the increasing likelihood that neither doctor in Ohio nor Indiana made a call to authorities, but rather opted to go to the media instead. Ohio’s Republican attorney general, Dave Yost, stated in an interview that there was no evidence of a report being filed for the 10-year-old’s case, despite a police report for the rape of the child being created in late June.

Both Indiana and Ohio have strict reporting requirements for abortions and for allegations of rape; Ohio law treats any instance of sexual intercourse with a child under 13 years old as rape. The paper’s article did not reflect any complaint had been filed by medical professionals, child abuse specialists, or relatives.

Meanwhile, Todd Rokota, Indiana’s Attorney General, is now launching an investigation into Indiana obstetrician-gynecologist Dr. Caitlin Bernard to determine if any report was made in their state within the mandatory 3 day window, vowing to go after her license if no such report was made.

We’re gathering the evidence as we speak, and we’re going to fight this to the end, including looking at her licensure if she failed to report. And in Indiana it’s a crime … to intentionally not report.

If Dr. Bernard has failed to file the required reports on time, she has committed an offense, the consequences of which could include criminal prosecution and licensing repercussions.

Every time I think I’m finished with the story, more and more sordid details arise. Just an hour ago, details emerged showing that not only did Dr. Bernard fail to notify authorities of the brutal rape, but she also explicitly lied about the rapist’s age in the official medical report filed to the Indiana Department of Health.

In a report obtained by Fox News, Bernard listed the rapist’s age at “approximately 17 years-old,” conveniently classifying him as a minor. It takes an especially sick person to receive a child that’s undergone horrific abuse, refuse to contact the police, and then lie in an official capacity, all to protect an illegal immigrant pedophile.

Bernard’s lawyer, meanwhile, has released a statement shirking all responsibility for her repugnant actions:

“My client, Dr. Caitlin Bernard, took every appropriate and proper action in accordance with the law and both her medical and ethical training as a physician. She followed all relevant policies, procedures and regulations in this case, just as she does every day to provide the best possible care for her patients.”

“She has not violated any law, including patient privacy laws, and she has not been disciplined by her employer,” DeLaney continued. “We are considering legal action against those who have smeared my client, including Indiana Attorney General Todd Rokita, and know that the facts will all come out in due time.”

It’s human nature to try to glean some type of lesson or takeaway from tragic events like this. I’m struggling to do the same, but just coming up blank. The best I can manage is how perfect an illustration of the US this story is: A tale of failed immigration strategy, corrupt culture, toxic jewish influence, and manipulation of a tragedy to promote the right to kill your baby.

It’s the perfect summation of this country. 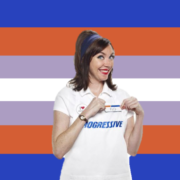