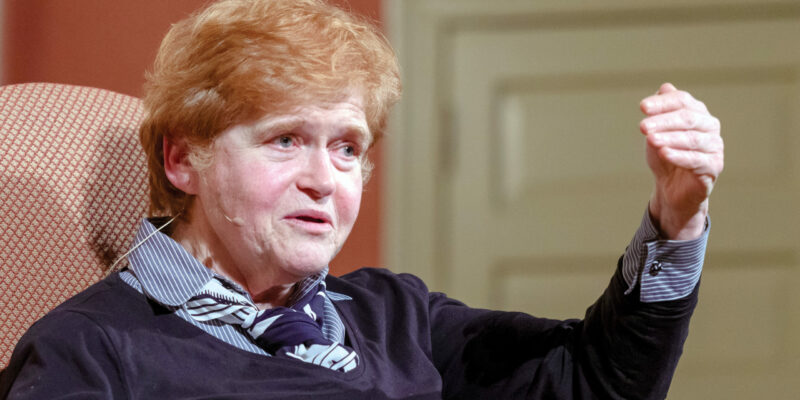 Last July, President Joe Biden nominated ugly troll Deborah Lipstadt to the position of U.S. State Department Antisemitism Envoy (yes, that’s apparently a thing). She was that Holocaust and antisemitism expert that testified for the plaintiffs in Sines v. Kessler. At the time of this writing, she has yet to be confirmed by the Senate. 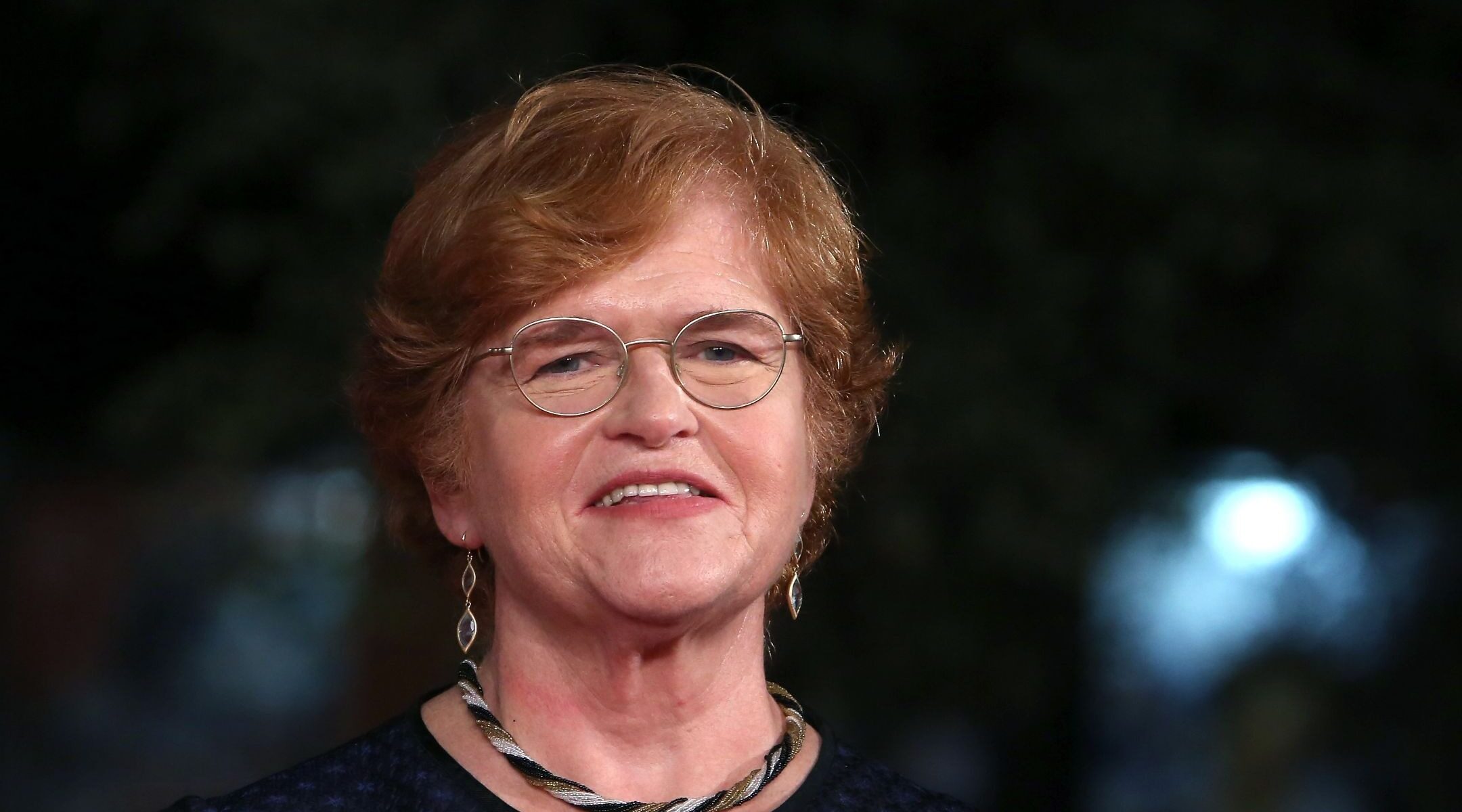 Deborah Lipstadt confirmation is being held up due to Republicans refusing to hold a confirmation hearing for her. Based Mitch McConnel, right? Wrong. Republicans are holding the process up because they are mad at Lipstadt for pushing the retarded theory that Wisconsin Senator Ron Johnson is a White supremacist.

“This is white supremacy/nationalism. Pure and simple.” – Deborah Lipstadt on Senator Ron Johnson

Set aside the fact that in a serious country ending a statement with “pure and simple” would get you locked in a freezer. This fat Jew thinks Ron Johnson is a White supremacist. Ron Johnson is the Senator who in a roundabout way denounced the National Justice Party for trying to “exploit” the Waukesha “tragedy”.

Because of the fact that this is obviously not true, the partisan tribalism is kicking in and Republicans are demanding a ceremonial apology. Jews are feigning shock and outrage over this in some kind of sick charade:

“Ms. Lipstadt’s confirmation is being held up because of her sharp tweets by legislators for whom hundreds of decidedly demeaning ones by a former president they lionize seem of no consequence at all.” – Rabbi Avi Shafran

The Washington Jewish Week is highlighting the fact that no less than 20 major Jewish organizations all endorse Lipstadt for this role. Doesn’t it really say something that not just a few, but 20 J-orgs all have the same opinion?! It’s kind of like “17 intelligence agencies”.

“Over 20 Jewish organizations across a spectrum have endorsed Deborah Lipstadt’s nomination, including the organization whose board I serve on, the Jewish Democratic Council of America. As Yair Rosenberg quipped in The Atlantic, ‘These diverse Jewish groups can barely agree on where to set the thermostat, yet they agree on Lipstadt.’” – WJW

Wow what a quip. Aren’t Jews just so hilarious and clever?

So they want bipartisanship in fighting against antisemitism (mission accomplished, this is all fake) and are pretending to be worried about Republican fealty to Jews because they are shy about confirming a Jew who appeared in a 2020 anti-Trump campaign ad to denounce Trump as a Nazi. But on the other hand she is also willing to be stand up to antisemitism on the left, referring to some statements by Ilhan Omar (be still my heart) as “textbook antisemitism”.

“‘I am like an umpire,’ she told Jewish Insider of her bipartisan slaps. ‘I call balls and strikes as I see them.’”

Deborah Lipstadt is a highly respected scholar of antisemitism of course. She’s written books like Denying the Holocaust (based?) and Antisemitism: Here and Now (I’m actually interested in that topic and maybe I’ll review it here). Still, I don’t see the argument that it’s all that necessary for her to be the antisemitism envoy. I just think there are more qualified people out there for the job. 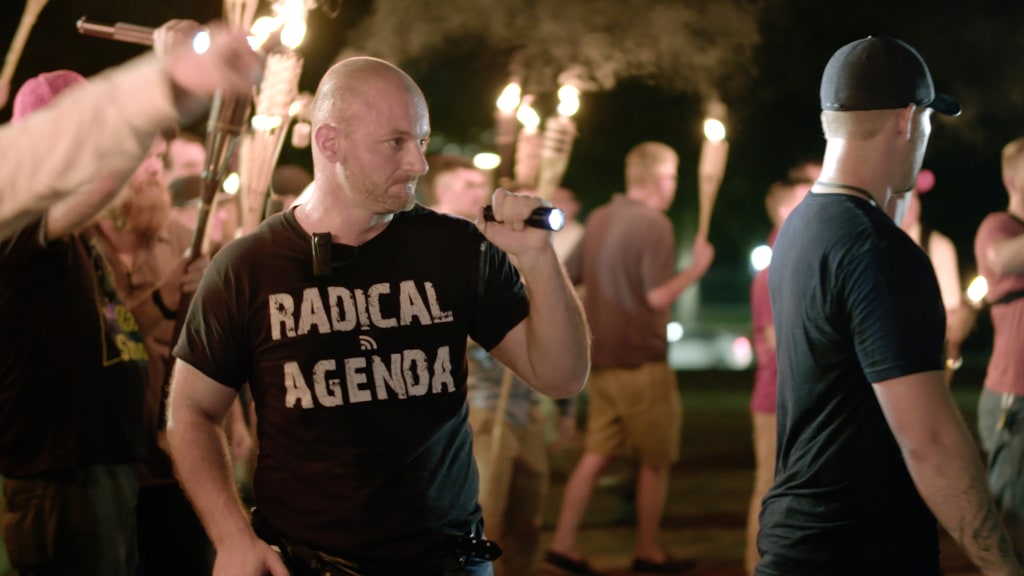 But if this self-declared umpire Jew has be the antisemitism envoy, I wish they would just get on with it. Barbara Goldberg Goldman of the Washington Jewish Weekly is worried that Republicans are making the country less safe by delaying this confirmation. That’s right. The country is less safe until this orc is a high-ranking civil servant.

I’m thinking that a new wave of Jewish denunciations of Republican intransigence here might be a signal that they are going to go ahead with this nomination soon. Jews are letting the wayward Republicans know that it’s actually not their place to tell a Jew they are wrong when they call someone an antisemite.

“Holding up Lipstadt’s appointment is indeed akin to a patient refusing to employ a renowned and accomplished medical professional because the doctor might find something wrong with him.” – Rabbi Avi Shafran

I expect her confirmation soon, even if it requires a half-hearted apology. Fighting antisemitism is one of America’s top priorities, the post can’t be left vacant this long. 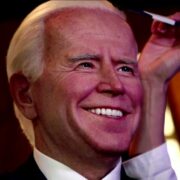