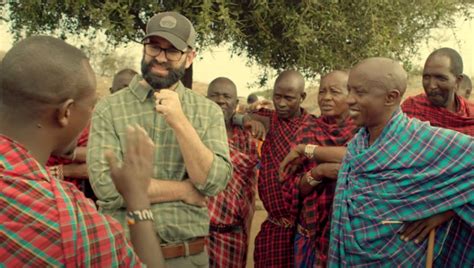 The following article was contributed to the Hyphen-Report by “Martin Heidegger.” The article serves as Martin’s visceral reaction to the Conservative “think piece” What is a Woman? by Matt Walsh of The Daily Wire.

As part of his recent documentary, What is a Woman? Matt Walsh visited the Maasai tribe in East Africa to illustrate that the transgender phenomenon is a social construction in Western countries. The Maasai, who are in a lower state of development, both technically and socially, have not been programmed with the unhealthy liberal assumptions of gender fluidity.

Now, my purpose here is not to present a complete analysis of this documentary, only to expose this particular segment for its promotion of an outmoded understanding of primitive societal relations. Matt Walsh, speaking with Charlie Kirk, at Turning Points USA, claimed his primary reason for going to Africa was “trolling the libs.” Now, the documentary itself is firmly behind the Daily Wire’s paywall. Therefore, I don’t think too many libs will ever even see this supposed troll. Nevertheless, despite warnings from his security team of possible kidnapping and terrorism, “it was worth it,” according to Walsh. 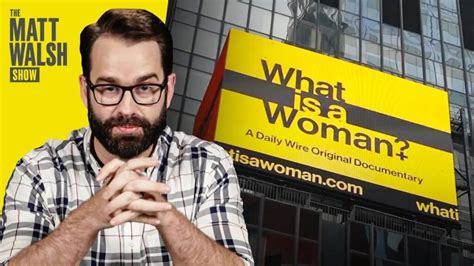 Conservative pundit Matt Walsh is the frontman behind the Daily Wire’s What is a Woman? A very expensive documentary made far too late in the game to do anything but mildly discomfort leftists.

Returning to the doc, Walsh asks questions to a gathered crowd of Maasai, a tribe native to Kenya and Tanzania. A local translator assists him. Not only did the tribal elders recoil at his questions, but the whole group treated Walsh as if he were stupid. How could a man not “do his duty?” How could a man be a woman? Satisfied with his amateur anthropology experiment, Walsh reified the notion that the gender binary is not a Western colonial construction foisted upon The Third World. Instead, he confirmed that fluidity is wholly a product of liberals in the West.

Well, that certainly wraps everything up in a nice little bow. Of course, it would be best if you didn’t cut your genitals off because semi-nomadic blacks living in huts think it’s dumb.

After further digging, it turns out the Maasai people practice ritual circumcision of boys and girls as a right of passage. A young girl who does not undergo the procedure is seen as immature. She will not receive a high bride dowry, nor will her family find a suitable man for her to marry in an arranged (forced) marriage. Now I’m not an expert in libs owning (oh wait, I’m a fascist, so yes, I am), but the Maasai people do not own libs. Their notions of gender are actually barbaric and subhuman, not even close to primitive. I won’t get into the gory details but sufficed to say, the same Jewish intellectuals who have convinced our youth it’s laudable to lop off body parts to find one’s true self are quite similar to East African female genital mutilators. 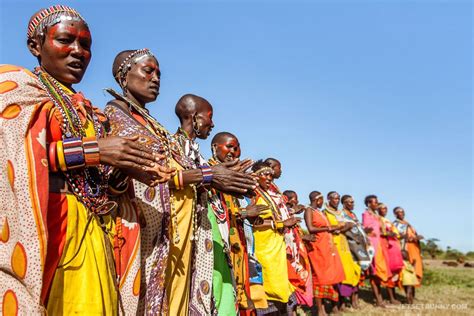 This is the Maasai tribe of Kenya, and, no, you aren’t looking at Alex McNabb in Blackface.

Now, platforming a group that does this and holding them out to conservatives as an example of Rosseau’s noble savage unadulterated by Whiteness doesn’t work when they aren’t themselves very noble. In fact, the average leftist who believes in “colonial theory” can easily dismiss the anti-Trans argument like this: “you visited one tribe, and this is the one you picked?” In the end, the act of showcasing these Africans only justifies their false moral superiority in censoring traditionalist or pro-family messages.

So once again, a conservative engages in a hilarious self-own which distracts from his better talking points. Now the premise that because a black person is too inexperienced with a concept or too dumb to understand it accidentally deconstructs most White scientific and technological achievements. After all, a Pygmy who doesn’t understand electrical generation because he has no electricity doesn’t mean we need to turn off the power because White liberals like electricity. Matt Walsh isn’t dumb, like some of the un-intelligentsia at FOX News. Nevertheless, this segment was his best foot forward, advertising the documentary to the public.

However, let’s give the benefit of the doubt to the millions of Kenyans who don’t practice FGM and similar injustices. Sexual degeneracy will eventually take over in Africa. Republican former Ambassador Richard Grenell’s program to legalize homosexuality and fight discrimination against LGBT individuals targets them for social reconstruction. Kenya, home of the Maasai, was on Grenell’s hit list of 69 (nice numerology there, Dick) countries that don’t act as a stumbling block for these paraphilias. So is Tanzania. I won’t blame Walsh for that bipartisan effort, but so long as he helps lead GOP lapdog Daily Wire, he bears at least some responsibility for what GOP leadership does. 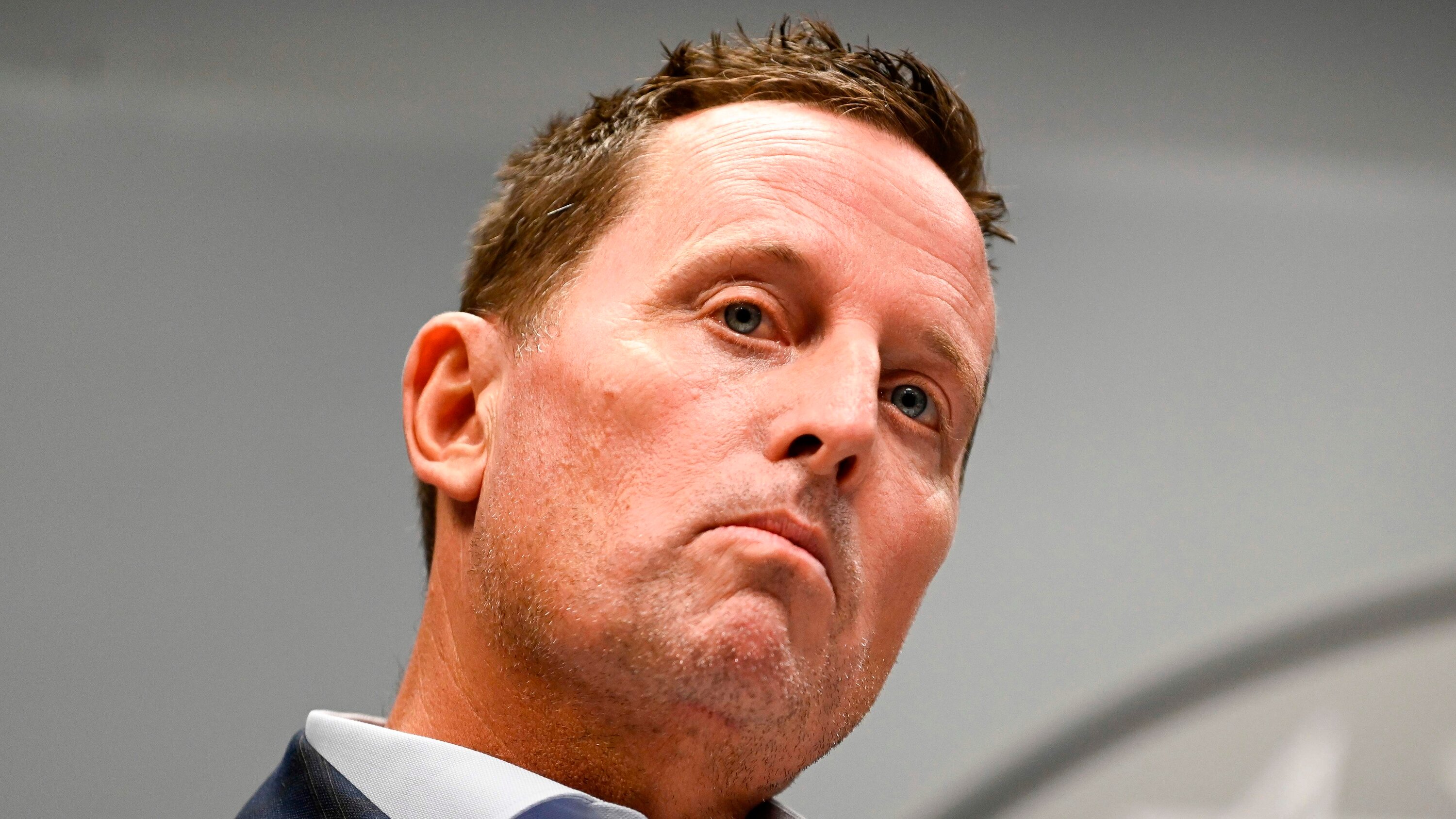 “Grenell was named by President Trump in 2020 as U.S. Acting Director of National Intelligence, making him the first openly gay person to serve at a Cabinet-level.” LET’s GOOOO!

So, allow me to suggest an excellent subject for his next documentary regarding gender fluidity. Matt should ask his boss at the Daily Wire, Ben Shapiro, about why The Mishnah allows for multiple genders. Or maybe he could ask Shapiro why Neoconservatives and the Israelis he supports push pornography and drugs on Arabs—as Dr. Imad Hamato at the University of Palestine in Gaza argued. No doubt, with all the pride flags at US embassies, one wouldn’t be wrong in thinking that pro-LGBT pornography would be a great tool of American imperialism, which Ben fully endorses. Now that’s a segment I’d watch!

As ever, the book is better than the movie. For a more conclusive understanding of the intersection between anti-White racial ideology, gender theory, and mental illness, I would suggest Scott Howard’s superior, Transgender Industrial Complex. Howard’s work, albeit unfocused in places, provides a much more comprehensive and compelling account of the organizations pushing gender ideology. It’s worth having on your shelf, and it certainly outclasses Walsh’s kosher rip-off in every regard.

For more of Martin’s insights into right-wing politics, you can follow him on telegram here. 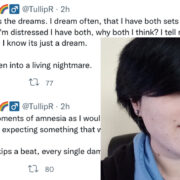 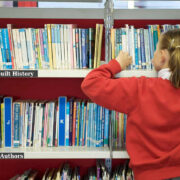