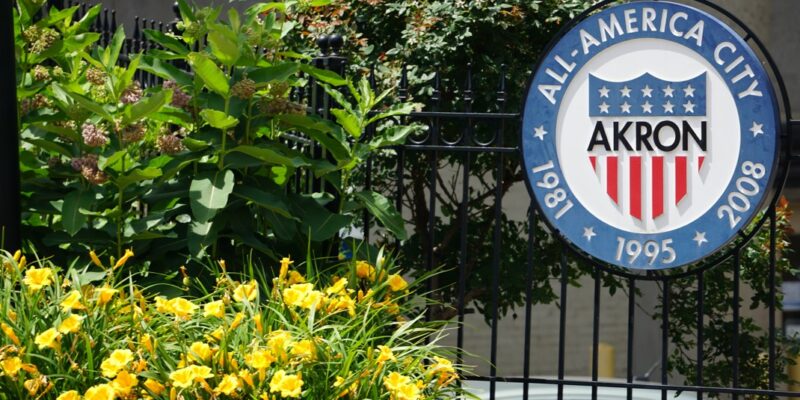 The following article, which highlights just some of the black crime and systemic failures of the city of Akron, Ohio, was submitted by Martin Heidegger, a regular contributor to the Hyphen-Report. You can find examples of his other work here.

The Zionist American Plutocracy (ZAP) can only continue to sustain itself with the mass exploitation of White labor through the dual forces of environmental destruction as well as financial trickery. The economic precarity that most, if not all American workers have felt for decades has been mounting, caused exclusively by financial, and more recently, by artificial social stratification which privileges Jewish oligarchs from above, and black criminals, from below.

At the same time, while anti-fascist traitors (nothing more than a gang of mentally unstable gutter punks, roustabouts, and cretins) terrorize pro-life Americans; a black crime wave has gripped this country wholesale. A place like Akron, Ohio, is no exception to this phenomenon. The city, which is 59.9% White and 30.3% black, is slightly more White than the nation as a whole. Nonetheless, it has seen its fair share of abhorrent crime and shameful incidents as of late.

By now, most of you are familiar with the facts related to the Ethan Liming case, so I will refer you to the work the Hyphen-Report has already covered if you’re still unaware. First, let’s look at some more recent crimes that have plagued Akron to put the Liming case in perspective.

We’ll start with a senseless shooting at a vigil held on a vacant lot on Wall Street in the North Hill neighborhood.* Two years ago, a man was murdered during a home invasion. On the next day, the assailants burned his house down. They were never caught, although they might have reappeared at the vigil. Killing one and wounding two others, two men in black ski masks and blue rubber gloves emerged from the undergrowth in the backyard and fired into the crowd. The identities of the shooters are still unknown.

On June 24th, “Shawn Allen, 37, of Canton, was sentenced…for the murders of Horace Lee, 43, of Akron, and Lee’s 22-month-old daughter,” according to News5Cleveland. Allen, who is black, targeted Lee pushing his daughter Azeria in a stroller. Striking and killing both of them with his Cadillac Escalade on July 12th 2020, Allen was convicted in May 2022. He received a life sentence, eligible for parole in 63 years. Grandmother of Azeria, Travanda Tucker called Allen “A coward…[who] needs to die!” 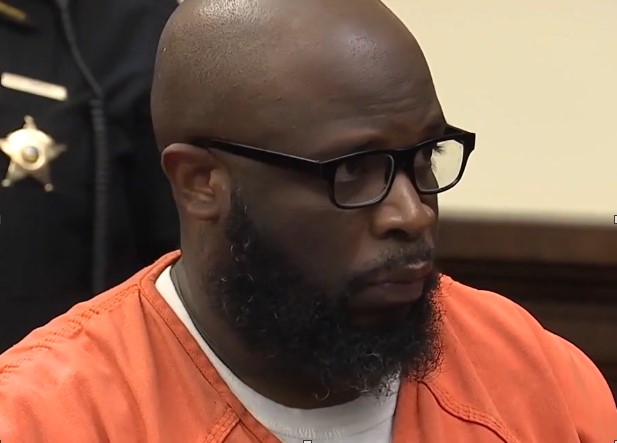 Allen (pictured) is a father with six kids of his own and remains unremorseful, in the Lee family’s estimation.

Now, one must wonder, as Tucker does, “why is [Allen] eligible [for parole]? Life is life!” Now, the only reason a life sentence is even possible with Allen getting out at age 100 is that his victims, like him, were also black. Had he intentionally run-down White people, as was this mortifying case in Los Angeles, the pushback he would have faced would have proven negligible. Now, in the L.A. case, the District Attorney happens to be the award-winning, ADL-sponsored prosecutor George Gascón, and the incident resulted in no deaths. The crime, however, was intentional, and he was sentenced only to probation. (I would imagine Azeria would still be alive without interlopers of Khazaria.)

Meanwhile, Metro Akron man Ronald Smith, is wanted by U.S. Marshals on suspicion of drug trafficking, illegal gun ownership, and dog fighting. Smith, who is black, had several dogs seized from properties associated with him. The FBI doesn’t prevent crime. It appears only the US Marshals are capable of law enforcement right now. You will recall that Ethan Liming’s killers were ultimately arrested by U.S. Marshals, not the local P.D. 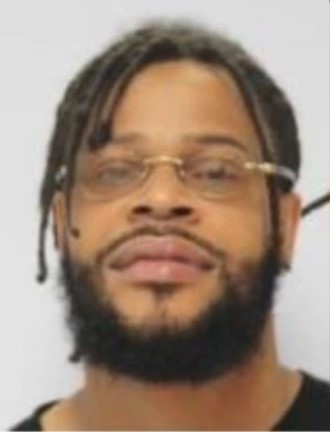 But our ignoble blotter doesn’t end there. On Monday, June 27th, an overnight police chase led to a gunfight resulting in a dead suspect. A witness claimed he heard over thirty shots. An unidentified man refused to pull over for a routine traffic stop leading to a chase across the city. Who might have guessed it, but the chase began in North Hill and ended at Bridgestone around Firestone Park. He fired from his driver-side window at police while attempting to evade them. Eventually, he exited and tried to flee on foot. He didn’t make it far, however, and was shot.

So what is Mayor Dan Horrigan and the Akron city establishment’s plan of action to stop this wave of black terror? What are they currently focused on right now? Taking a quick look at the city’s official Twitter account might tell us something. This is the profile picture for June: 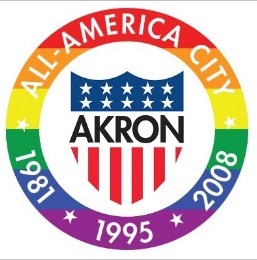 This is their background image:

The city’s Twitter account published an interview with Akron AIDS Collaborative’s Chief Administrator Steve Arrington. According to the organization’s website, Akron AIDS attempts to support homeless LGBT youth and destigmatize sexual orientation within the black community. The city certainly seems hellbent on supporting degeneracy. The official account features an interview with Pride Festival organizer Brian Lamoda-Genet discussing how best to grow the “LGBTQW” festival and encourage volunteers. Now, readers, I’m unsure what the “W” stands for, so do me a favor and don’t tell me. 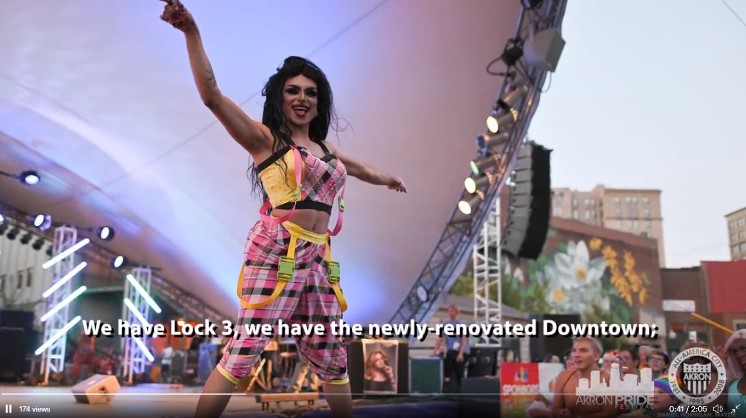 Images from a previous “Pride Festival” purport to show drag queens performing for a gathered crowd which includes children. Unfortunately, given some of these recent events, one can only expect it to grow worse in the future.

Now all of this makes me think. Why isn’t the city doing enough to promote diversity and inclusion? Considering it’s our greatest strength, one wonders why they don’t seem to care! We need more! But thankfully, the city anticipated this, and thankfully, they are delivering. The Mayor recently established a new “cabinet-level department head” position. According to the job posting, the “Director of Diversity, Equity and Inclusion” will:

[assist] in collaboration with the pertinent departments in developing, setting, and/or supporting existing supplier diversity, workforce diversity, diversity of boards and commissions and any other goals as determined by the City Council and Mayor that impact the DEI framework. Increases community engagement efforts particularly in relation to the city’s cultural communities. Assists all departments in implementing DEI principles in all aspects of strategic planning and budgetary planning, including annual business plans. Identifies focus areas and supports the development of policies and actions that improve DEI in institutional and organizational practices including hiring, training, retention and promotion, and business practices such as contracting, procurement and grant writing.

Not only will the DEI Director implement existing anti-White city ordinances and programs, but she will, under the auspices of “grant writing,” be empowered to place economic sanctions on those who disagree with the agenda. The man, woman, or sodomite lucky enough to attain this sinecure will likely be paid a six-figure salary and receive the holy trinity of vision, dental, and life insurance.

Meanwhile, however, Akron Mayor Dan Horrigan has other priorities. Although he calls himself a sincere “man of faith,” he comes off more like a “creature of habit.” He seems very concerned about the recent overturning of Roe v Wade which he worries will be “deeply destabilizing for our country.” When a White kid is brutally beaten in his own hometown, it’s just another weekday, but not being allowed to kill babies? Now that’s very disturbing! 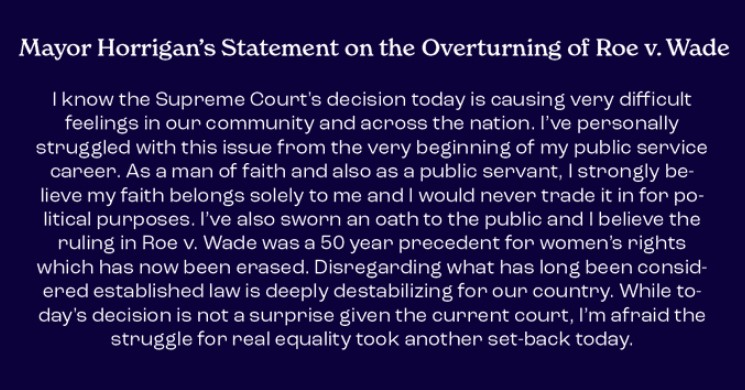 At the same time the National Justice Party protested downtown on Saturday, June 25th, the Mayor attended the opening of the first Sri Lankan Buddhist temple in Summit County. Sri Lankan Ambassador Mahinda Samarasinghe was hosting it. While we at Hyphen-Report don’t begrudge a spiritual faith like Buddhism, we can all understand and acknowledge the fact that a stunt like this is only intended to facilitate White replacement with brown immigrants. Right now, Sri Lanka, in particular, is experiencing food shortages thanks to American Imperialist sanctions against large food exporters like Russia, so you can expect many Sri Lankans to show up in Northeastern Ohio quite soon.

The Mayor, for his part, doesn’t just direct social media handlers to promote antifa causes or attend festivals. He’s actually racked up a wide variety of achievements and honors during his time in office! According to the Akron Roundtable:

Now anyone living in Akron can attest that this major tax increase did not measurably improve road conditions (even if it did, the crazed blacks running people down would at least have a smooth ride. Thanks, Dan). Whether the poor state of city infrastructure relates to policy tying governmental contracts and procurement to diversity targets, I’ll allow the reader to guess for himself. Other than that, none of these other so-called accomplishments are targeted to benefit the city’s majority White working-class population. Instead, most of it is aimed at colored people and Downtown hipsters.

But with all of the action taken to address “systemic racism,” what is Mayor Horrigan planning to do about the systemic injustice against White residents like Ethan Liming, who was targeted for execution because of his race? It’s unclear. Perhaps someone should ask the Mayor on August 17th during his State of the City Address hosted by Akron Roundtable. He’ll be interviewed by obese black School Superintendent Christine Fowler-Mack, who also bears some responsibility for the absolute state of things. Tickets are on sale here. 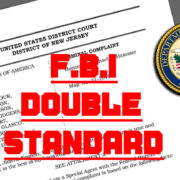 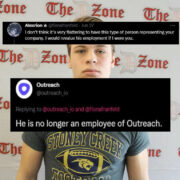