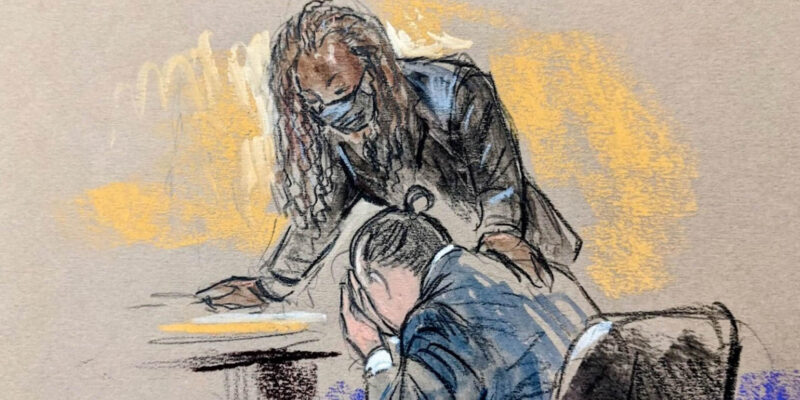 The political persecution of Whites that, understandably, lashed out on Jan 6th in a so called “insurrection” continues on with no signs of stopping, as the power system in Washington, D.C struggles to retain the auspices of legitimacy. The latest victim in the false war of “domestic terrorism” is one who marched in the nation’s capitol and did so while peaceably airing his grievances.

Guy Reffitt, a 48 year-old father of three, who never entered the Capitol nor committed a single act of violence, is now facing up to 15 years in prison on a litany of charges including possible terrorism. Now, recently released details about his case reveal an insidious level of hostility towards average, White Americans from a draconian power structure. 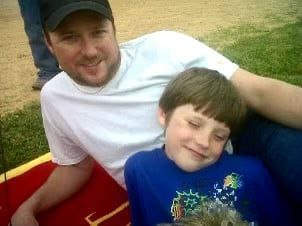 Guy Reffitt with his son

Reffitt, one of the first January 6th participants to be charged and who has been in custody since January 18, 2020, has been almost completely unable to see his family. He was found guilty of five felonies — obstruction of an official proceeding, interfering with police in a riot, transporting a firearm for that purpose, armed trespassing and witness tampering. This result may seem shocking given his peaceful, nonviolent conduct, but incredibly this was all due to the Department of Justice’s key witness: Reffitt’s own son.

In a statement given by Reffitt’s wife and the mother of his son, she gives the horrifying details of how the FBI groomed and manipulated their son into betraying his own family, all in order to “save democracy.”

While me and the kids are watching the events of 1/6 unfold on TV… Jackson gets a phone call from the FBI…unknown to me or his sisters. The FBI gives my 18 year old son an address of a coffee shop to meet with him, and he says to me that he is going to his girlfriend’s house…we have no idea that Jacks is meeting with the FBI.’

The events of that day played out- Guy returned to his hotel- and Jacks returned home from his meeting with the FBI. All of a sudden Jackson is very interested in everything related to his Dad and when he will be home?? And what his Dad was doing that day?? Guy returned home on the 8th of January, and Jackson began recording private conversations in our home, taking pictures of our gun safe, and different electronics we had around the house.

Jackson recorded his family home for 8 days following his Dad’s return from DC, and many of the recordings were Jackson…out and out purposely provoking his dad…all at the behest of the FBI.

When the FBI raided our home in the early morning hours of January 16th, everyone was home except Jacks. The counter-terrorism team with flash bangs and a battering ram tactical vehicle came in with guns pointed and took my family out of the house in the bitter cold, and took my husband, their father away…

While Peyton and I were in East Texas testifying, Jackson came home and moved his things out of the house. My heart was broken. Why would he move out?? Who influenced him to get his things while his family was gone from the house….I know it was the FBI. A day after Jacks moved out he was on CNN telling his story to Chris Cuomo… telling him he was a hero, and so brave to turn his Dad in to “save our democracy”.

From that moment on, the FBI had more of a relationship with our son than we have been able to. – The Gateway Pundit 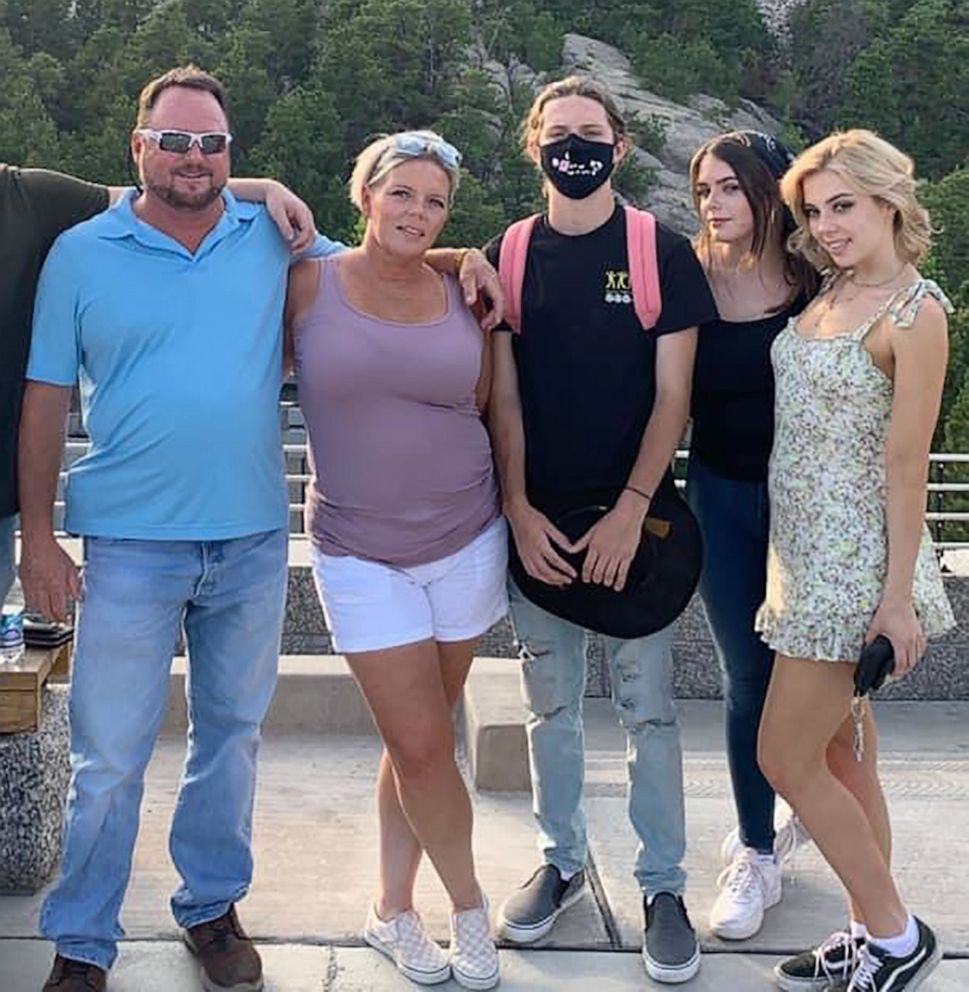 Guy Reffitt with his family before his life was destroyed

But even this shocking and tragic miscarriage of justice wasn’t enough for the DOJ. The prosecution, who already sought a sentence far higher than any other participant of Jan 6th, demanded he be imprisoned for up to 15 years. The provided sentencing memo gave a guideline of 9 to 11.25 years, but the prosecution demanded an even higher range, 11.25 to 14 years, and claimed that his conduct warrants additional time.

The Department of Justice then went on to seek a “terrorism enhancement” that would, under the Antiterrorism and Effective Death Penalty Act of 1996, allow for a further upward departure of his sentence. Prosecutors said that although Reffitt was never actually convicted of terrorism, it can be applied in a case like this.

Civil rights attorney John Burns spoke of this behavior: “I would not hold out any hope that any DOJ prosecutor would disagree with this tactic. They’re a lot devoid of shame, pity, honor, introspection, and soul.”

As his sentencing looms, Reffitt spoke from his prison cell, giving updates on his case and his thoughts on his family:

[M]y lawyer tried to reach to ask [my son to see] if [he] would like to write a mitigation letter – not that he is being asked to say he lied at trial or anything, but just that he would like me home so that I could be with my  wife and my girls.  Try to be home for all my kids actually.  But he told my wife that he would not do that, because he said that my trial would set the example for all the Jan 6’ers and they all needed to be punished.

he has been on a downward spiral down an indoctrinated tunnel. It seems disturbing to me, I don’t know who that person is.  It’s scary.  It’s scary that people do that now, or that people think that way.  Our society is just destroyed – it’s crushed.  And I don’t understand what happened to it. – The Gateway Pundit 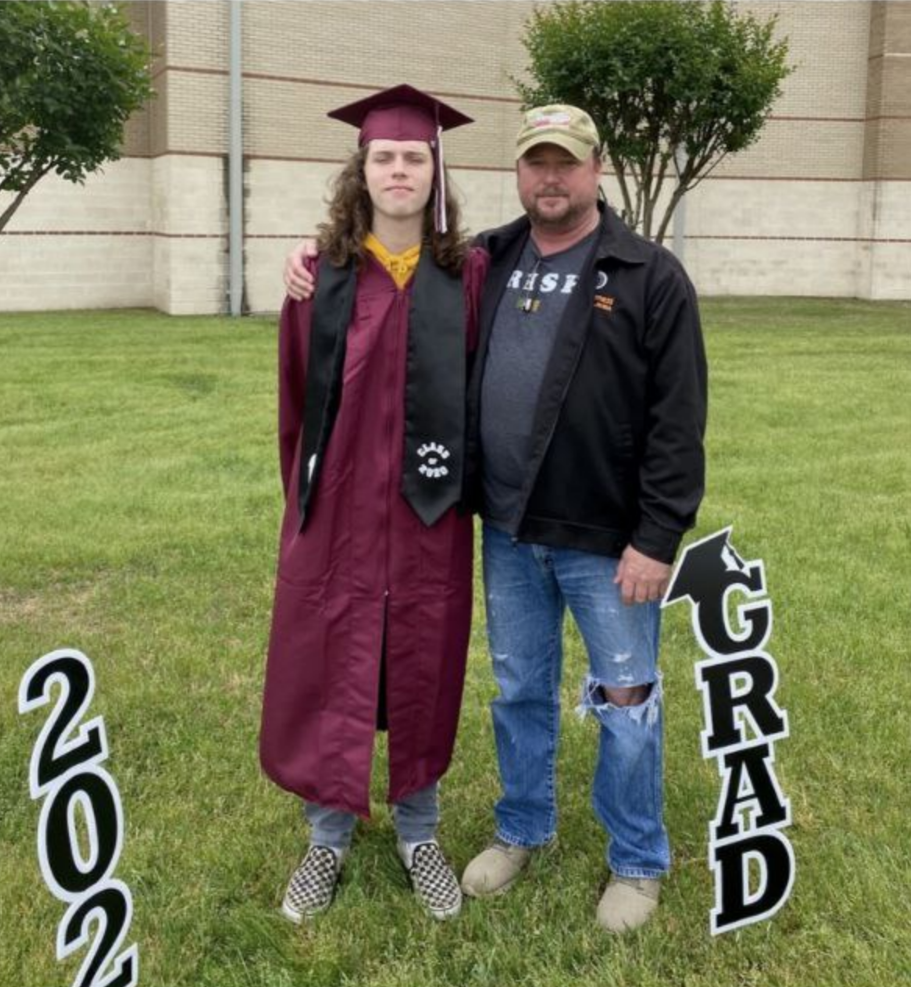 Reffitt with his son at graduation

As these innocent men rot away in prison, our country’s short attention span has long since been directed to focus on the next distractions. Topics such as the war in Ukraine, abortion, and surges in Monkey Pox, fill the news media cycle with the intention of whipping everyday citizens into a panicked fight or flight hysteria. Unfortunately, it’s easy to forget about casualties that lie in the wake of these system operations. The tragic stories of their brutal treatment grow ever distant and fade away in favor of the latest outrage.

And as easy as it would be to lash out at Reffitt’s son for his admittedly traitorous behavior, it’s important to remember that this is the inevitable result of the toxic jewish system we live under. People like Jackson are also victims, and while they pride themselves in doing what they see as correct, there’s unquestionably some seeds of doubt in the back of their mind. While it would be cathartic for the hand of God to reach down and free Reffitt from his cruel fate, that simply isn’t sufficient as it’s just treating the symptom rather than the disease. And until that disease is cured, events like this will sadly continue to happen. 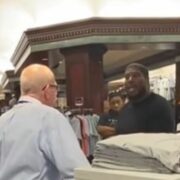 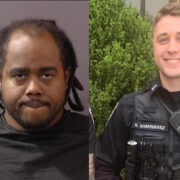 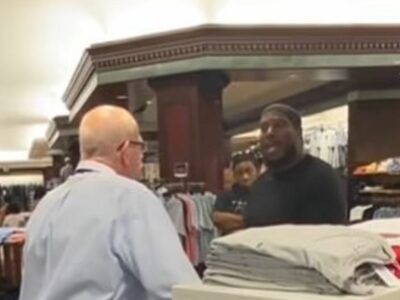 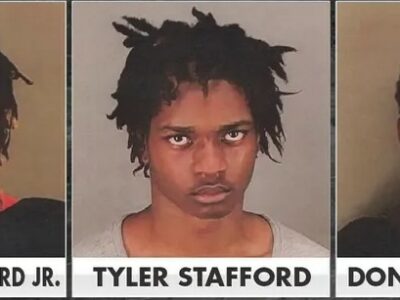