Once Again the Jews are Poisoning the Village Wells, This Time With Opioids

My only addiction is confirmation bias and I got a nearly fatal overdose of it when I read that the Centers for Disease Control and Prevention is drawing up new, looser guidelines to allow doctors to open up the floodgates and let prescription opioids flow again.

The story was published by NPR – of course, the go-to for cat ladies and others who aspire to be insufferable urban douchebags.

Those guidelines – currently under review as a draft – will serve as an update to the agency’s previous advice on opioids, issued in 2016. That advice is widely blamed for leading to harmful consequences for patients with chronic pain.

My first and natural thought was, what the actual fuck?

We haven’t even gotten a handle on opioid overdose and overuse since the 2016 guidelines – in fact the rate of death and addiction is up, not down. And now there’s a push, according to NPR, by the “U.S. Pain Foundation” lobbying to loosen those guidelines?

Many states adopted laws and regulations that set limits on prescribing, and health insurers also crafted policies to that effect.

“And doctors grew wary of giving opioids at all, which often led to sudden disruptions of treatment, resulting in physical and mental agony, and even a heightened risk of suicide.

“The restrictive climate around prescribing has persisted, says Cindy Steinberg, director of national policy and advocacy for the U.S. Pain Foundation.

“I hear from patients every week and doctors just don’t even want to see pain patients,” she says. “It’s a really tough situation out there.”

Oh. I see. Cindy Steinberg. You can see her, too. Of course. 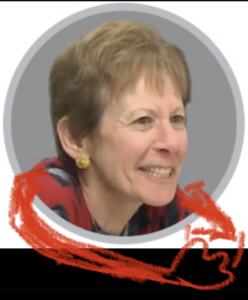 We’ll get back to Steinberg and the U.S. Pain Foundation in a minute.

I need to catch you up on a brief history of the opioid crisis in America. My working partner, Richard McClure, and I wrote a book on it – get it here – but here’s the standing on one foot, back of the envelope, elevator pitch version.

After decades of Big Pharma – led by the likes of the Eastern European Jewish immigrant Sackler family – undermining rules about marketing to the public, directly wining and dining doctors, and buying up medical journals so they could print horseshit studies that said, “Hey now, opioids aren’t addictive” – opioid prescriptions skyrocketed in the late 1990s. Opioid overdose deaths steadily climbed to a peak of about 47,000 in 2017.

In the early and mid-2010s, some measures from the state and federal governments curbed some of the worst excesses (going after the worst offenders and pill mills), and by 2018 there was a minor downtick, which was more a product of the widespread distribution of naloxone (aka NARCAN) to police and first responders than anything, because even as some pill mills were shut down, illicit (heroin) and synthetic opioids (fentanyl) filled the gap. By 2019 the number was ticking back up – opioids were involved in 49,860 overdose deaths in 2019, or 70.6% of all drug overdose deaths.

The pandemic lockdown exacerbated the overdose rate, with provisional data from CDC’s National Center for Health Statistics indicating that there 75,673 opioid deaths in the 12-month period ending in April 2021, up from 56,064 the year before.

Bottom line – even with the crackdown on prescription opioids and the widespread use of NARCAN, the problem continues to get worse. Since 1999, 600,000 Americans have died from opioid overdoses, more than 150 a day. They expect another 600,000 before this decade is out.

OK, for those whose eyes glazed over at the numbers or lost their balance on one foot – bottom line is it’s bad and hasn’t gotten any better; it’s gotten worse.

Early on one of the big pushes to make opioid prescribing so widespread was lobbying by the American Pain Foundation. It was, of course, a phony front for putting “pain treatment” at the forefront of primary care.

Not for legitimate causes, like for treatment of post-op patients, severe trauma, or those suffering painful terminal cancer. Oh no, they wanted this for every little damn thing that troubled patients.

Gotta get those volume sales up, donchaknow?

This isn’t idle speculation. It’s proven out. According to ProPublica, the American Pain Foundation, surprise surprise, got 90% of its funding from Big Pharma.

When I spoke to Dr. Robert Valuck, professor at the University of Colorado Denver’s School of Pharmacy and Pharmaceutical Science, he said the American Pain Foundation was the chief advocate for the proliferation of opioid pain relievers and expanded pain management as part of the medical practice for decades. That is, it was the chief advocate until it abruptly closed its doors in 2012, just as it came under intense Congressional scrutiny.

“The American Pain Foundation launched a campaign to make pain the ‘fifth vital sign,’” Valuck said. The Joint Commission joined them, and in 2001 rolled out its pain management standards which supported the idea of the fifth vital sign. “They said you have to assess and address it. They were not saying you had to use opioids but to assess and address it,” Valuck said. “That set the foundation.”

That may sound benign to a layman but think about it. What are the four things you get checked every time you go to see your doctor? It’s always body temperature, pulse rate, respiration rate, and blood pressure.

“Now, every person at every visit to the doctor would get assessed and asked about it,” Valuck said. “It would put the issue top of mind, and plant the idea that any pain they had should be treated. But pain is not a vital sign. It is a symptom.”

So, taking together all of this, Valuck said, you had a generation of doctors taught to think of pain as a “vital sign” and that any and all pain had to be managed or ameliorated. It created a culture where doctors and patients alike viewed pain not as part of the human experience, or a natural warning sign, or even as a consequence, but rather as something that had to be eradicated.

“It created a perverse incentive to give everyone Vicodin. ‘Are you in pain? Have some Vicodin,’” Valuck said, mimicking the dismissive attitude.

This is not a medical foundation. It’s not a medical body. We can’t know who all the donors are because it’s a non-profit run by a motivational speaker stuck in a wheelchair, a woman who runs an accounting firm, and Steinberg, the director of “Policy and Advocacy” which is making this push.

If they aren’t being funded by Big Pharma, I’ll eat my hat.

Notably, every senior position at the U.S. Pain Foundation is a woman claiming some kind of chronic pain.

They want their pills, goddammit.

“I hear from patients every week and doctors just don’t even want to see pain patients,” she says. “It’s a really tough situation out there,” Steinberg told NPR.

The problem is, opioids are crap when it comes to chronic pain. You’re better off stacking Tylenol and ibuprofen.

“Non-steroidal anti-inflammatories and Ibuprofen rotated can provide 50% pain relief, but opioids only provide 33%,” Valuck told me.

But then you don’t get the buzz and euphoria. Just pain relief.

The topline recommendations being pushed by the U.S. Pain Foundation — often the takeaways for clinicians and policymakers — is that they no longer include specific limits on the strength or duration of the opioid prescription.

We can almost measure the likelihood of addiction to the number of opioid tablets prescribed. There’s a numeric science to creating opioid addicts.

According to Valuck, there is a 6% chance a person given just 6 tablets will be taking opioids a year later. This comes from a survey of over half a million patients.

“And if you give a patient three weeks or more of tablets, say 60-90, there is a 20% chance they’ll be taking opioids a year later. Give them forty days—it’s a 40% chance. We know how this works,” he said.

The calculus of opiate addiction is as consistent as it is depressing.

“So the thing is it should be doctors giving 10 tablets for soft tissue injuries, or 6 for a wisdom tooth extraction or 15 for surgery, and then call me if you need more, but doctors have been socialized into ‘don’t let people be in pain, don’t leave them in pain trying to contact you over the weekend, don’t let that happen,’” Valuck said. “So you give them plenty more than they need.”

That’s not good enough for Steinberg and her crew.

“I don’t think it goes far enough to protect patients from really the egregious inhumane harms these guidelines have caused over the past six years,” Steinberg told NPR.

She claims the new proposed guidelines – already set to open the tap for more prescription use and overdoses – don’t go far enough. The guidelines focus too much on the “harms of opioids, not the benefits when medically supervised, or the risks and harms of poorly managed pain.”

These women pushing for more opioid prescription power are primarily focusing on people with phony problems like fibromyalgia and other vague and undiagnosable “conditions.”

I’m not a doctor; this is strictly financial advice, but things like fibromyalgia aren’t real. They made it up. Totally fake. 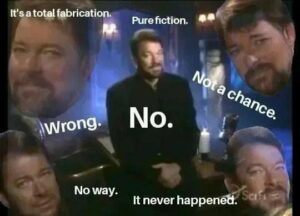 Even the Mayo Clinic admits there’s reason to doubt this condition exists, as do doctors. Many people who have fibromyalgia also have tension headaches, temporomandibular joint disorders, irritable bowel syndrome, anxiety and depression – a host of co-morbidities that come mostly from bad life choices, not a disease, injury or a genetic disorder.

“There’s an extremely wide range of opinions of physicians, ranging from it doesn’t exist at all to it’s a true illness. At a guess I’d say it’s probably no better than fifty-fifty,” John Kincaid, MD, a neurology professor at the Indiana University School of Medicine, in Indianapolis, and a former board member of the American Association of Neuromuscular and Electrodiagnostic Medicine, said in an interview.

More broadly, people go in for treatment of the symptoms of their unhealthy lifestyles, rather than to seek actual health care advice. These are people eating horrible modern diets of processed food. They don’t exercise. The average American is in fact obese. They indulge in unhealthy sexual practices, and they’re isolated from both friends and from nature.

Too often, they lack purpose – or a sense of higher identity. In my research for the book, time and again I spoke to people saying they felt abandoned by society, by community and by the general cultural support a healthy society gives its people.

Some 70% of all Americans are on some kind of prescription drug. So many of those symptoms are directly related to living an unhealthy lifestyle in an unhealthy society. Those who don’t self-medicate with drugs or alcohol do so with sloth and overeating – meaning even more prescriptions for the co-morbid problems like hypertension, pain from supporting 300 pounds on a body structure meant for 180 pounds and the like.

Instead of taking the actions to change their situation – diet, exercise, seeking community – they’re given another pill for these symptoms, compounding the problem by masking the real source.

And once again, soon as the American public has other things on its plate, as soon as there has been enough Congressional and bureaucratic turnover (it’s been 10 years since the American Pain Foundation abruptly closed up shop when regulators looked at them) – Big Pharma is back wanting to push their poison.

On White people. Because White people – especially the White working class – are hardest hit by the opioid epidemic.

A thousand years ago, they poisoned the wells and the European villagers didn’t even know they were doing it. 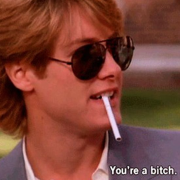 Spectre
I am an investigative journalist, author and podcaster covering far-left and Jewish extremism and disinformation.