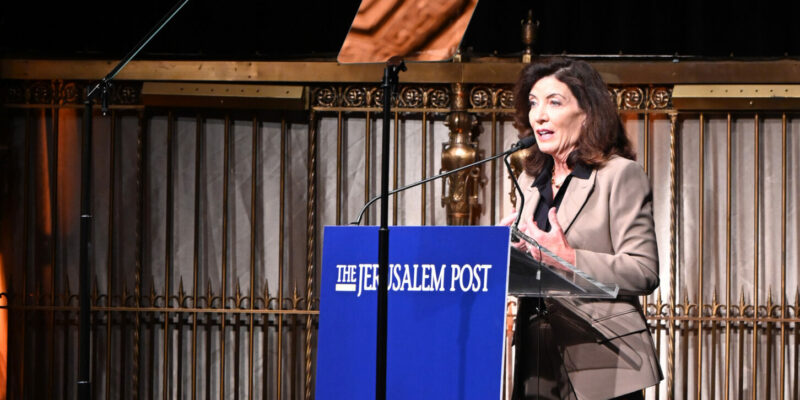 According to her announcement:

We have an opportunity to have the power authority invest $1 million in a ZOOZ power startup, based in Lod, to advance ultrafast electrical vehicle charging technology. I’m looking to Israel with State-supported money to give to one of your innovators to help you design this technology so we can bring it here to New York. (emphasis added) 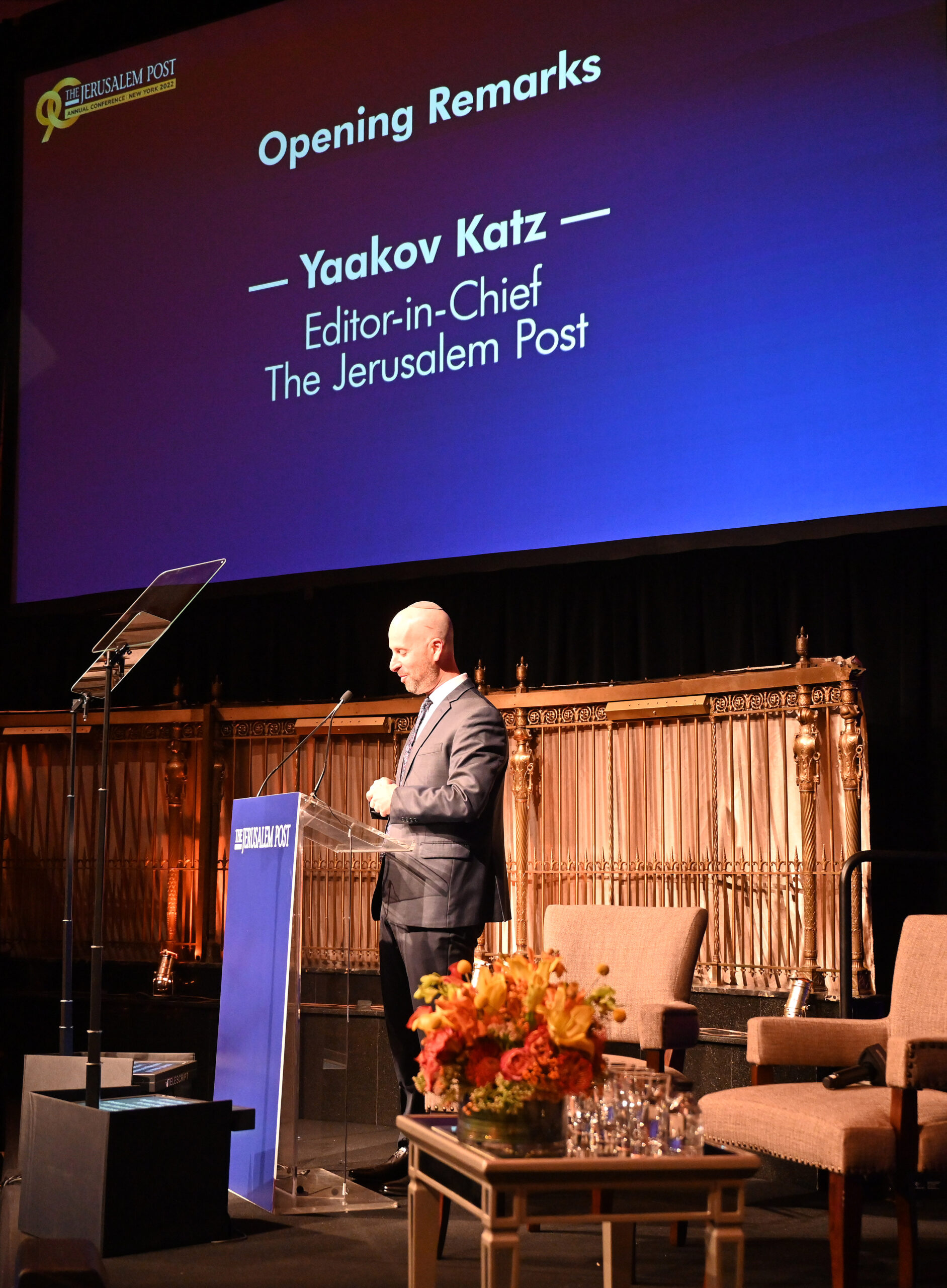 The competition began last year in partnership with the New York State Power Authority and awards Israeli-headquartered companies for environmental and green energy innovation.  This year’s award grant of $1,000,000 is financed through bonds.  The bondholders are then paid off through electricity sales from the Power Authority to the public.

CEO of ZOOZ, Boaz Weizer, thanked the state for awarding his company the grant money as:

…especially timely as governments continue to strengthen their commitments to EV charging with programs like EVolve NY and the National Electric Vehicle Infrastructure (NEVI) program at the federal level. We believe that wide deployment of ultra-fast chargers is key to supporting the transition to EVs and we are proud to play a key role in this revolution which is so important to the future of our planet. (emphasis added)

In addition to ZOOZ, the New York Power Authority (NYPA) works with other Israeli companies to ‘improve’ the power grid.  Among these are:

Consul General of Israel in New York, Ambassador Asaf Zamir, said that the recent collaboration between the Israeli government and “our friends in Albany” will help foster “cleaner, smarter, and more equitable infrastructure.”

The competition sought proposals from Israeli companies with expertise in energy efficiency and clean energy generation that wanted to work with New York’s public utility to scale up their technology in pilot demonstration projects to meet the specific needs of power utilities operations. 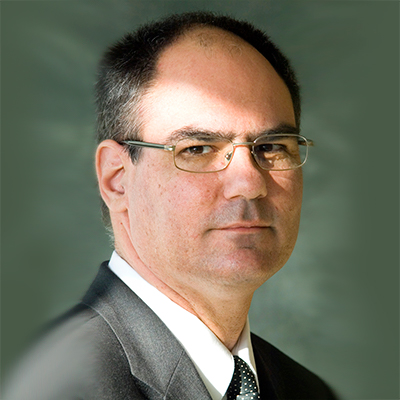 Governor Hochul’s goal is to make “all new passenger cars and trucks sold in New York to be zero-emissions by 2035,” deploying “50,000 chargers by 2025.”  As of this year, of the 1,000 public fast chargers, approximately 60 percent are Tesla only. 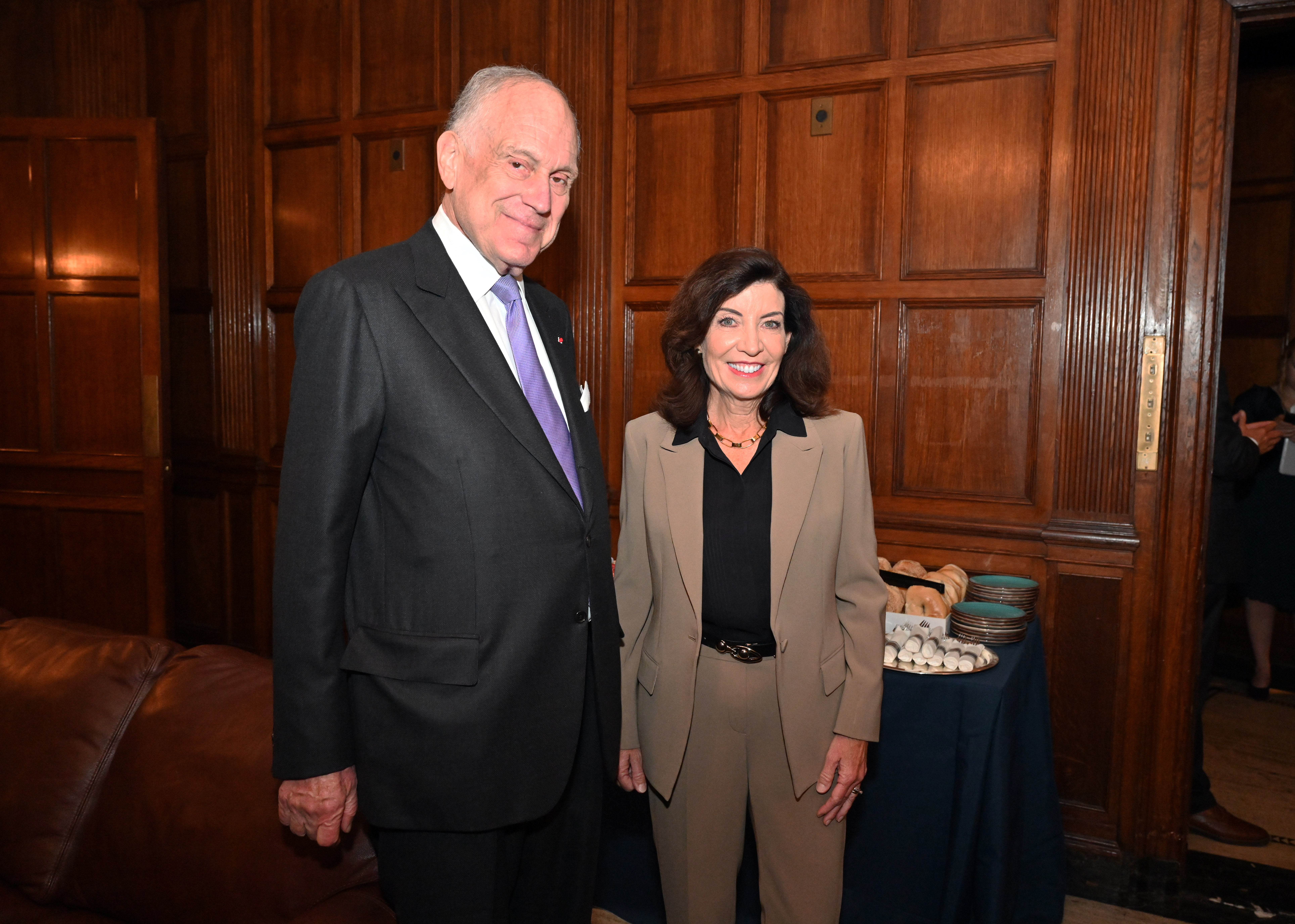 Gov. Hochul with Ron Lauder at Jerusalem Post Conference. AJC head Lauder belongs to the MEGA group. He is intimately connected with political advisor Arthur Finklestein along with the Epstein-Wexner crime syndicate.

Returning to the Governor’s remarks at the Jerusalem Post Conference, Hochul discussed many subjects, including her great respect for American Jewish Committee leader Ron Lauder, the threats posed by “white supremacist terrorism,” and the need to fight so-called “antisemitism.”

You know, the rise in antisemitism is of deep, personal concern to me as a human being and the leader of this State. And that is why we’ve worked very hard to reduce those numbers and to make sure that our victims have support, that we’re making sure that we have resources to protect the vulnerable locations. The synagogues, the yeshivas – I’ve visited many, bringing over 68 million to fortify them to make sure they have the latest technologies to protect them.

She also recounted a rather bizarre anecdote about her elderly father’s desire for his children to experience the “spiritual awakening” of Israel.

Great to see our Mayor is here from Jerusalem. I hope to have a visit with you. I’m not going to announce any dates, but I’m coming because I have an 87-year-old father born, he was once a steelworker up in Buffalo, New York, Irish Catholic, and all he wanted to do before he died was go to Israel. And we made that trip possible a few years ago. I was Lieutenant Governor. I couldn’t leave at the time, but I said, “Dad, I’m going as well.” And he made sure that he wanted all of his children to experience really the spiritual awakening that occurs when you go to this unique place that is like no others on this planet.

She also demanded more holocaust education in schools and announced a trade mission to Israel in the coming year to expand New York-Israel bilateral trading relations.   Here is the full video:

While the state spends millions on security for jewish institution and electric vehicle incentives, the wholesale price of electricity will have increased 124% in New York over last year, according to US Energy Information Administration estimates.  They have also been shutting down carbon-neutral nuclear power generation.  On 30 April 2021, the Indian Point nuclear power plant was shut down.  Three new natural gas-fired power plants were quietly rolled out to make up for supply at shuttered Indian Point.

Governor Hochul is running for reelection in November against jewish GOP challenger Lee Zeldin.  Zeldin touted the endorsement of Democratic Councilman from Queens Robert Holden this week.  At the announcement, Holden was also joined by former Democratic Assemblymen and Jewish Defense League terrorist Dov Hikind endorsing the Republican Zeldin.  Given Zeldin’s record of staunch Zionism, he is unlikely to end the NYPA Israel-Smart Energy Challenge.  At press time, incumbent Hochul is on track for reelection, enjoying a comfortable lead in the polls. 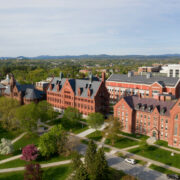