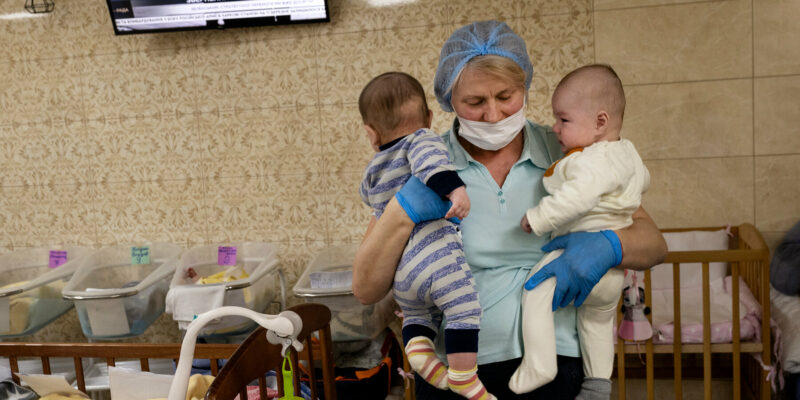 Ukraine was a world leader in the surrogacy industry. It is one of the only countries in the world that allows foreigners to enter in surrogacy arrangements. Countries such as India, Nepal, and Thailand have banned the commercial surrogacy industry from selling to foreigners, LGBT couples, and single men. In Ukraine, before the war, it was a thriving industry.

Ukraine’s competitive advantage in this industry include liberal laws and lack of enforced regulations. The birth mother has no right to the child as it is legally owned by the prospective parents who pre-ordered it. Ukraine is a popular destination for homosexuals to purchase children, although this is illegal by Ukrainian law. So how is it done? The surrogates mothers are simply flown to Cyprus to give birth, allowing babies to be sold to anyone.

While researching this story I couldn’t help noticing the disproportional amount of times Jews were mentioned as the ones running these businesses. For example in this ABC story warning about the reality of Ukrainian surrogacy, the agency was Lotus Surrogacy, registered in Israel.

In that article a Lotus employee, tasked with finding and supporting surrogate mothers, left after four months because of the way the mothers were treated. “A surrogate mother who was 24 weeks’ pregnant started saying she wasn’t feeling very well… Doctors said treatment would be expensive… the Israeli bosses said they wouldn’t treat her. She had to have an emergency birth because of infection. If we had provided assistance when she said she wasn’t well we could have saved the babies… I can’t recommend Lotus because of their treatment of the surrogates.”

The largest surrogate agency in Ukraine is BioTexCom, owned by German citizen Albert Tochilovsky. BioTexCom handles one quarter of the surrogacy market in the world and 70% of the market in Ukraine. In 3 months they deliver about 200 babies. They have managers who are fluent in English, German, Italian, Spanish, French, Romanian, Hebrew, and Chinese. BioTexCom is plagued with scandals such as abandoning babies who are born with disabilities. In 2011 an Italian couple that brought their baby home found that it had no genetic link to either of them after mandatory test by the Italian government.

BioTexCom has very candid interviews with Albert on its own website. In one he talks about how the government was alternately trying to close him down or shake him down for taxes but he managed to get public institutions to support him, adding “Thank God, a new Government took office and things got better, the pressure decreased”. Albert is something of a visionary, and wanted to expand horizontally into biotechnologies like lab grown organs and artificial wombs.

Ukraine’s surrogacy industry made news in Poland recently, because a Polish parliamentary politician made a tweet advocating that the surrogacy contracts of Ukrainian women who fled to Poland must be honored. Guess what political ideology she comes from. 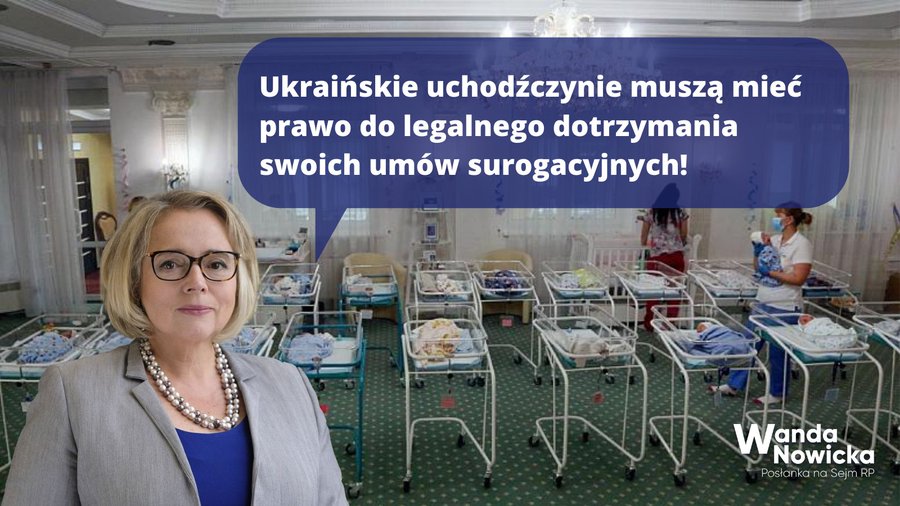 Ukrainian refugees must be allowed to legally honor their surrogate agreements!

Wanda Nowicka is a member of Lewica, leftists mainly concerned about LGBT and abortion.

Trafficking children is illegal in Poland, and judging by the outrage Wanda’s statement made there little chance this will change. Poles and Ukrainians are often very similar and sometimes very different, at least when it comes to this industry the two countries are very different.

What will happen to the babies being born, unable to be picked up by their foreign parents is unclear. 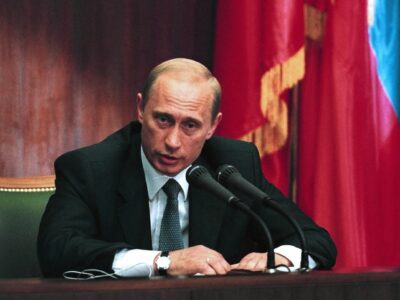 Originally published at Dissident-Mag. Back in mid-March, there were a number of events ...