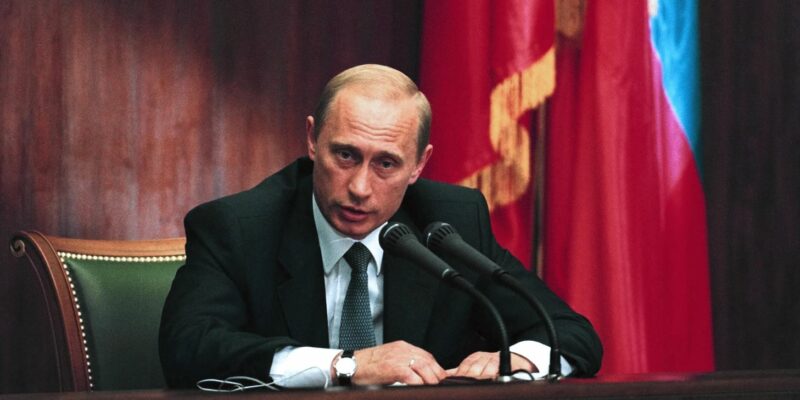 Back in mid-March, there were a number of events that occurred within the span of one week that caused me to change my mind about what I believed about Russia and Putin’s intentions in Ukraine and beyond. While some of the more minor Jewish oligarchs had already capitulated, the week after Putin delivered his 5th column speech, two of the major ones cut ties: Mikhail Fridman and Anatoly Chubais.

These weren’t just casual business associations; Fridman was a so-called “first-wave” oligarch, rising to power before Putin and Chubais had given Putin his first job inside the Kremlin. These defections were not elaborate orchestrations meant to fink you, they were a clear indication that even with billions of investments (read: footholds) on the line and political power at stake, Jews were running scared. 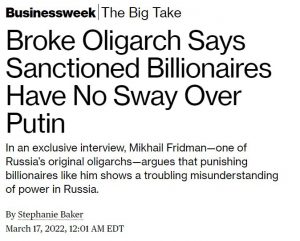 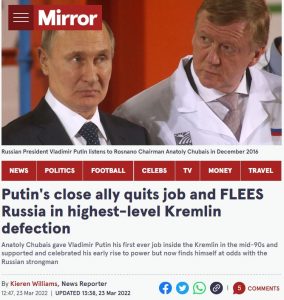 Then Haaretz decried the return of Soviet anti-semitism with a detailed J for J think piece on why getting in bed with Gentile authoritarians is always bad for Jews. 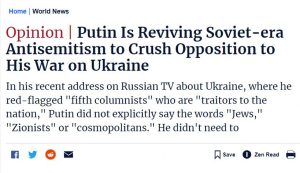 Finally, Larry Fink (Jewish) declared to CNBC’s Jim Cramer (also Jewish) that this was “the end of globalization”. 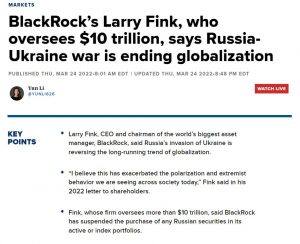 For what it’s worth, Yemeni leader Mohammed Ali al-Houthi also said that week that Ukraine is at war because its leader is a Jew.

For Fink, globalization is just a euphemism for worldwide Jewish financial control. Fink’s Blackrock, Vanguard, and all of the companies over which they have leverage: Netflix, Apple, General Electric, Ford, Chevron, Exxon, Mastercard, Dupont, Disney, Microsoft, Facebook, Paramount Berkshire, ad infinitum had pumped hundreds of billions (if not trillions) into Russia since the early 2000s as they’ve done with developing nations all over the world, especially those in which they are trying to export American consumerism as a landing force far more formidable than 500 D-Days.

Western Jewish financial interests thought they were succeeding at simultaneously subverting and gaining leverage with the Russian people by exerting the forces of American consumerism and cargo-cultism on the Russian economy in the hopes of one day orchestrating a successful coup against Putin or his successor.

Until they weren’t anymore. 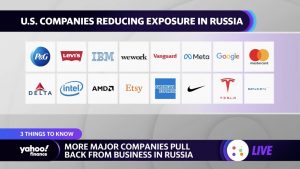 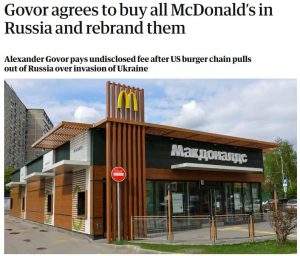 American businesses cut ties with Russia, in some cases abandoning billions in assets.

In 1919, the Dulles brothers, John Foster and Allen, were among those who negotiated the terms of the Treaty of Versailles. They later argued that the terms were too harsh on German industry. This is particularly rich considering John Foster wrote one of the most controversial clauses from the treaty himself:

John Foster Dulles said he later regretted the wording because it further aggravated the German people. Dulles could care less about the feelings of the German people – what he cared about was that they led to the rise of Hitler.

Some may already be familiar with Allen Dulles as the man who, along with “Wild Bill” Donovan, would later go on to found the OSS and become head of the CIA, overseeing the 1953 Iranian coup, MKUltra, and Bay of Pigs. He was fired by John F. Kennedy for the latter and went on to preside over the Warren Commission covering up the truth about Kennedy’s assassination.

What many do not know, or know incorrectly, is that the Dulles brothers made the case for millions (billions in today’s money) in loans to German industry. Allen even lived in Germany for a period and met Hitler personally, arranging the loans through his law firm, Sullivan and Cromwell. German company IG Farben became a Cromwell client, even as it led a company-wide purge of Jews from its ranks and went on to become the single biggest financial contributor to the Nazi party in the 1933 election. 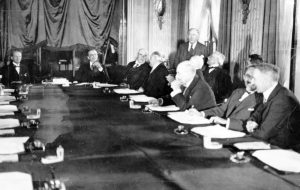 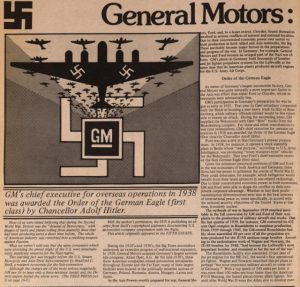 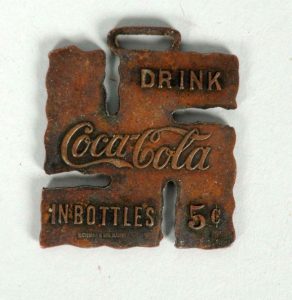 In 1935, Sullivan and Cromwell closed its German offices as American capital and industry began unwinding its stake in Germany. The Dulles brothers’ stated reason for remaining in Germany as long as they did was because they wanted Hitler and German industry to serve as a bulwark against communism. While that played well with German business interests, the truth was that they and their Jewish financial backers believed that they were succeeding at out-competing Hitler’s economic policies and ultimately defeating Nazism through financial means.

Until they weren’t anymore. 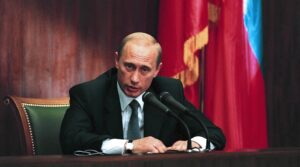 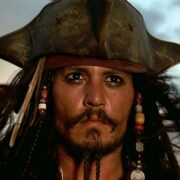 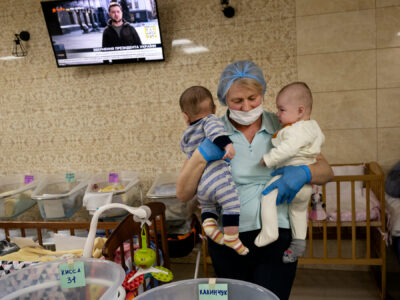 Ukraine was a world leader in the surrogacy industry. It is one of ...