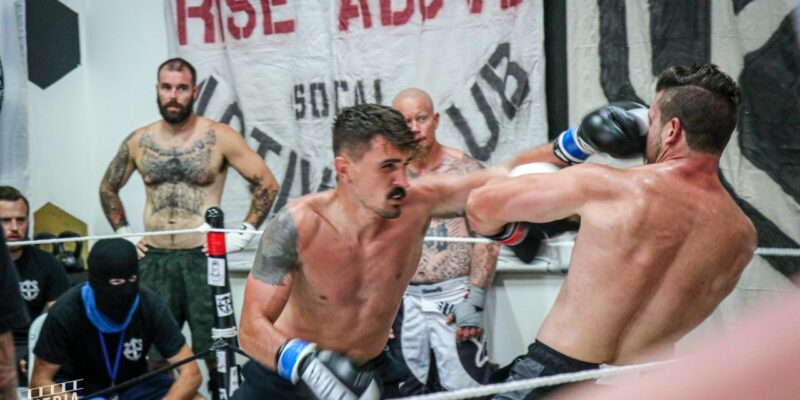 Four years ago, Rob Rundo and his friends were fired up from their tour of European nationalist events. After competing in several nations and getting a tour of Italy’s Casa Pound, Rundo in particular was motivated to bring that energy to the US. At venues ranging from private speaking events for “intellectual” nationalists to MMA gyms, men from around America flew in to hear what Rob had to say. He outlined a need to move offline, not to abandon the internet space, but to use it for inspiring others to get a life. Most people intuitively understood but several listeners saw this as a contradiction. How are you going to get offline while staying online? For these types, his response was: “just watch me.” Already in 2018, the online space was notoriously toxic with bickering, recriminations, and off-putting cartoons of frogs. The Europeans who greeted Rob in Germany, Italy, and elsewhere didn’t have too many questions for him. They knew the American nationalist scene was underdeveloped and an American probably couldn’t teach them much, but they did want to know one thing: what’s the deal with these memes? During a tour of a Casa Pound facility where the local guys had acquired an apartment complex through a decade of legal wrangling, an Italian organizer pulled Rob aside.

Casa Pound: Who is this frog? I’m seeing him all the time.

Rob: I don’t know, man, it’s just a dumb cartoon.
Casa: But who is he? Is there something funny about him? I go on Twitter and all I see is this frog and “based”, “redpilled.” Don’t these guys have a life? You won’t find a single guy here or probably in Europe who talks like this. Can you imagine showing your mother this? Or you are out with a girl and you try to explain twenty hand-drawn cartoons of a Jewish guy with a big nose? What’s going on in America?

Imagine you are in the ancient White city of Rome surrounded by the equally ancient rhythm of foot traffic outside. Beautiful, well-adjusted women are coming and going from the apartment complex you bought with your brothers. Men are making plans for trips to see nationalists in other countries. You are icing the black eye you just got sparring with an old friend and laughing over a cappuccino. There isn’t a cell phone in sight until you get a ping from your brand-new Twitter account: it’s FashyGroypist1488 and he is calling you a loser for improperly explaining National Socialist political theory in your last tweet. He sends you a cartoon of a frog and calls you a “Jew shill”. Perplexing.

A few months after leaving Europe, Rob and the team were putting the final touches on a nationwide event to rival the great events of Europe. A venue was nearly secured and word would soon go out to contenders all over America to start buying plane tickets. Without warning, the event went up in smoke: Rob awoke to his window being smashed in and flashbang grenades going off. As Rob stumbled barefoot across broken glass, the SWAT team entered his room and had him at gunpoint. Despite never being accused of making threats or even owning firearms, Rundo was cuffed and hauled past armored vehicles and two dozen armored police.

The rest is a long history of political persecution. Rob now lives abroad in political exile while others were outright jailed, losing several years in the prime of life. For the FBI and the hedge fund managers who own ProPublica, it seemed like total victory: their most-feared pseudo-political movement had been scattered to the winds and it was now legally a crime to defend oneself against antifa violence. Unfortunately for the feds, the Rise Above Movement wasn’t going anywhere. 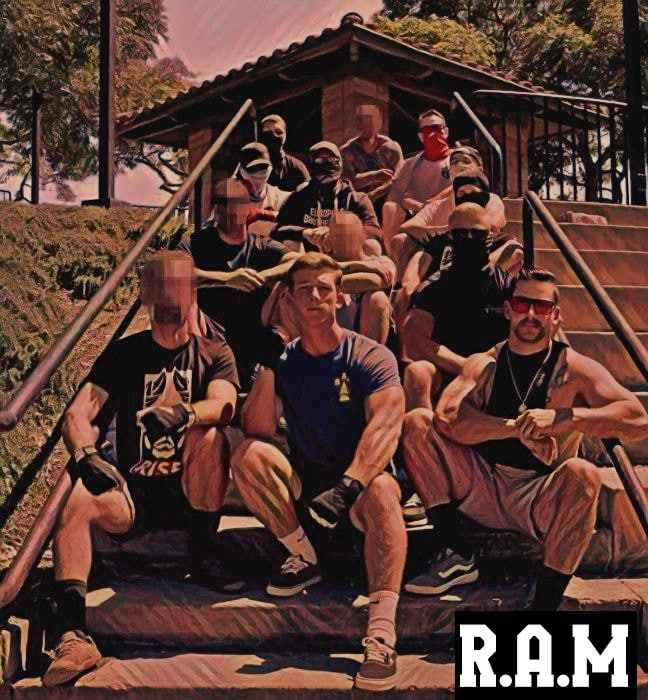 In the last four years, Active Clubs have sprung up all around the country. The SoCal Active Club has some different faces from the RAM of 2018 but they are more numerous, more motivated, and better trained. Moreover, men just like them have sprung up in virtually every state, extending even to Canada. Like RAM, who eventually decided to avoid the dual troubles of public confrontations with antifa and a formal organizational structure, the Active Clubs are for training, not brawling, and are not connected to one-another. They are simply an idea given life by the men who show up. 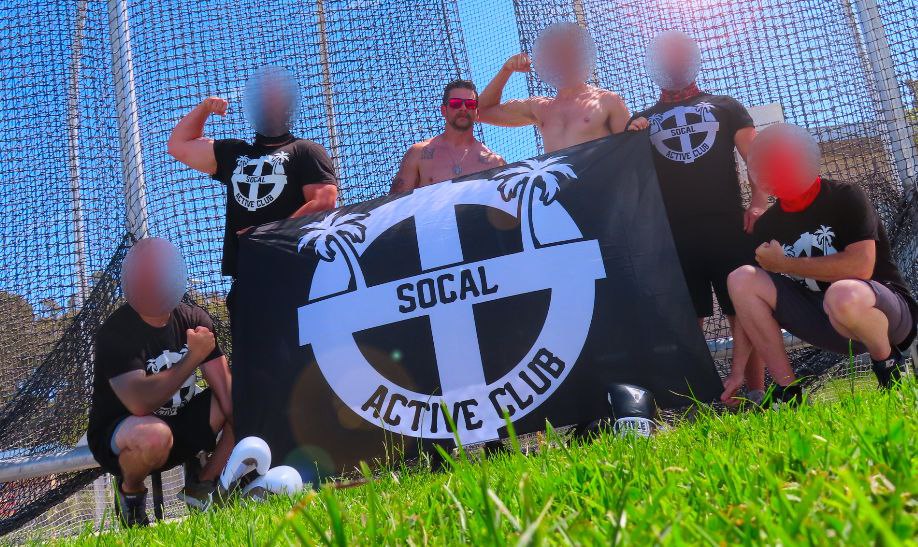 Running parallel to this track is Patriot Front. While retaining their focus on public rallies, Patriot Front (PF) has embraced the Active Club idea to its core. The largest nationalist group in America, they take for granted that everyone boxes and everyone is fit. While fitness and self-defense would have come into focus for PF regardless of outside influence, it is easy to see the mark of RAM on their stylized training videos and culture of comradery in sparring. 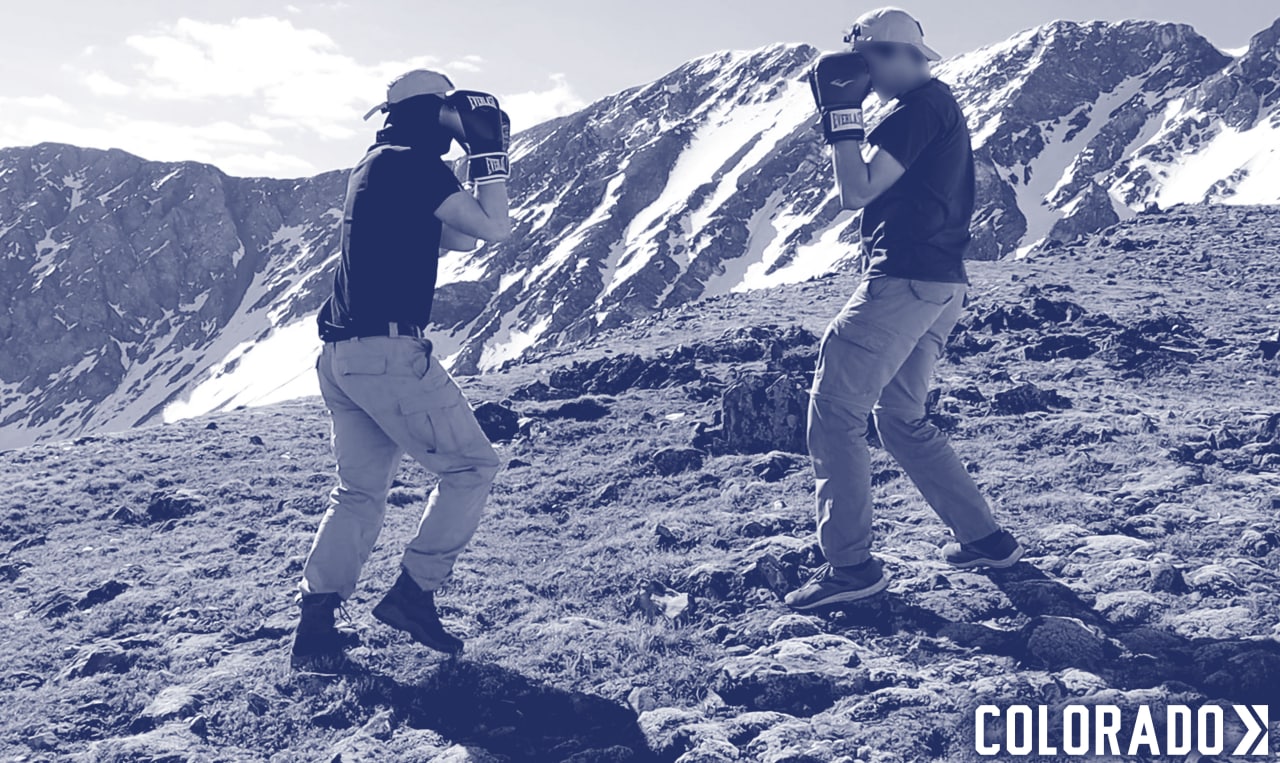 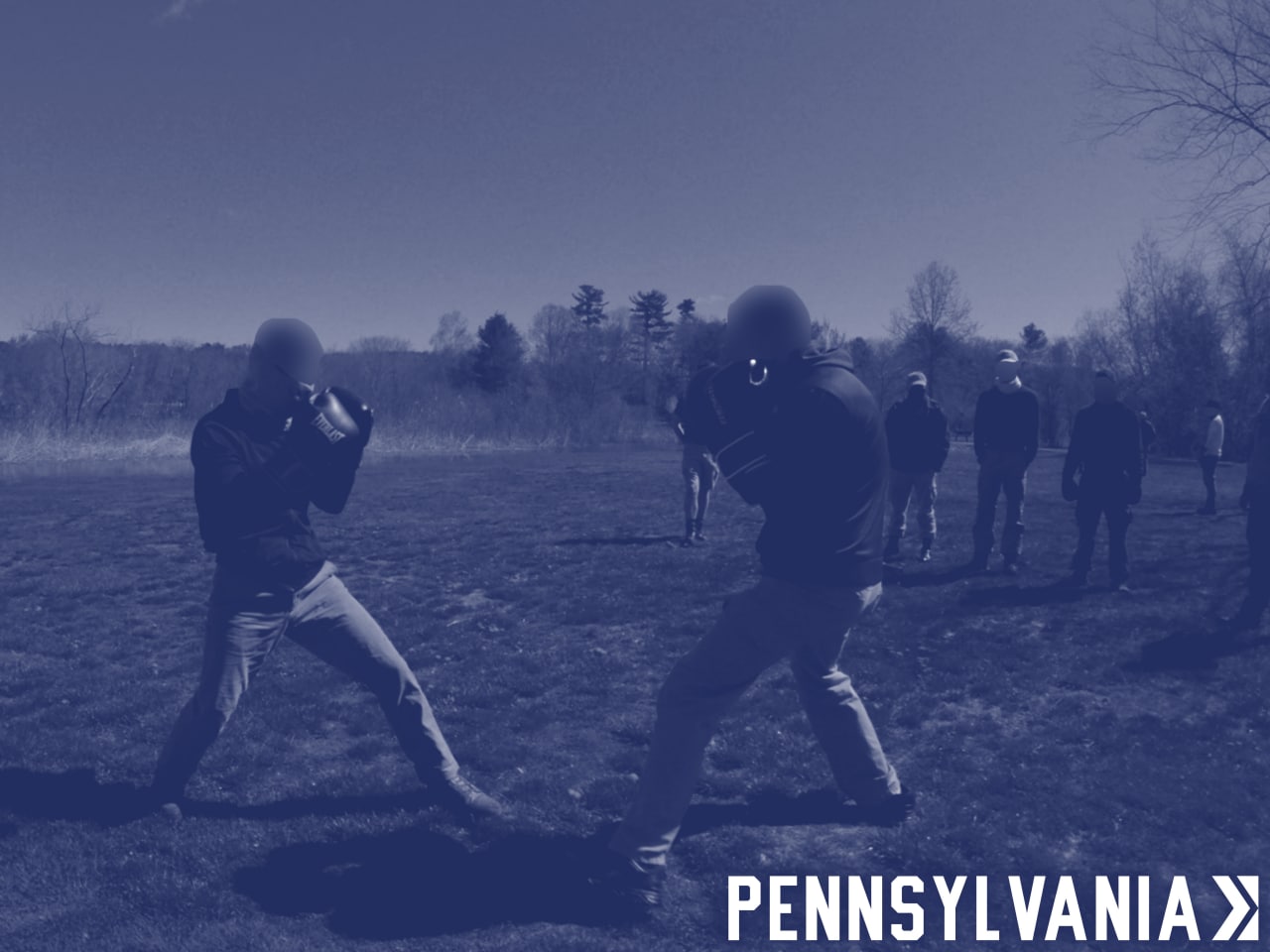 These are hardly the only groups in America today, but they are the best representatives of the RAM legacy in 2022: among groups like these, there is zero tolerance for divisive political or religious argument, zero tolerance for drugs, and zero tolerance for those who lurk online. After years of working independently with the same principles, it was only natural that Rob Rundo and the Will2Rise team would get them together to fulfill the delayed vision of a national fighting tournament.

Birth of a New Frontier 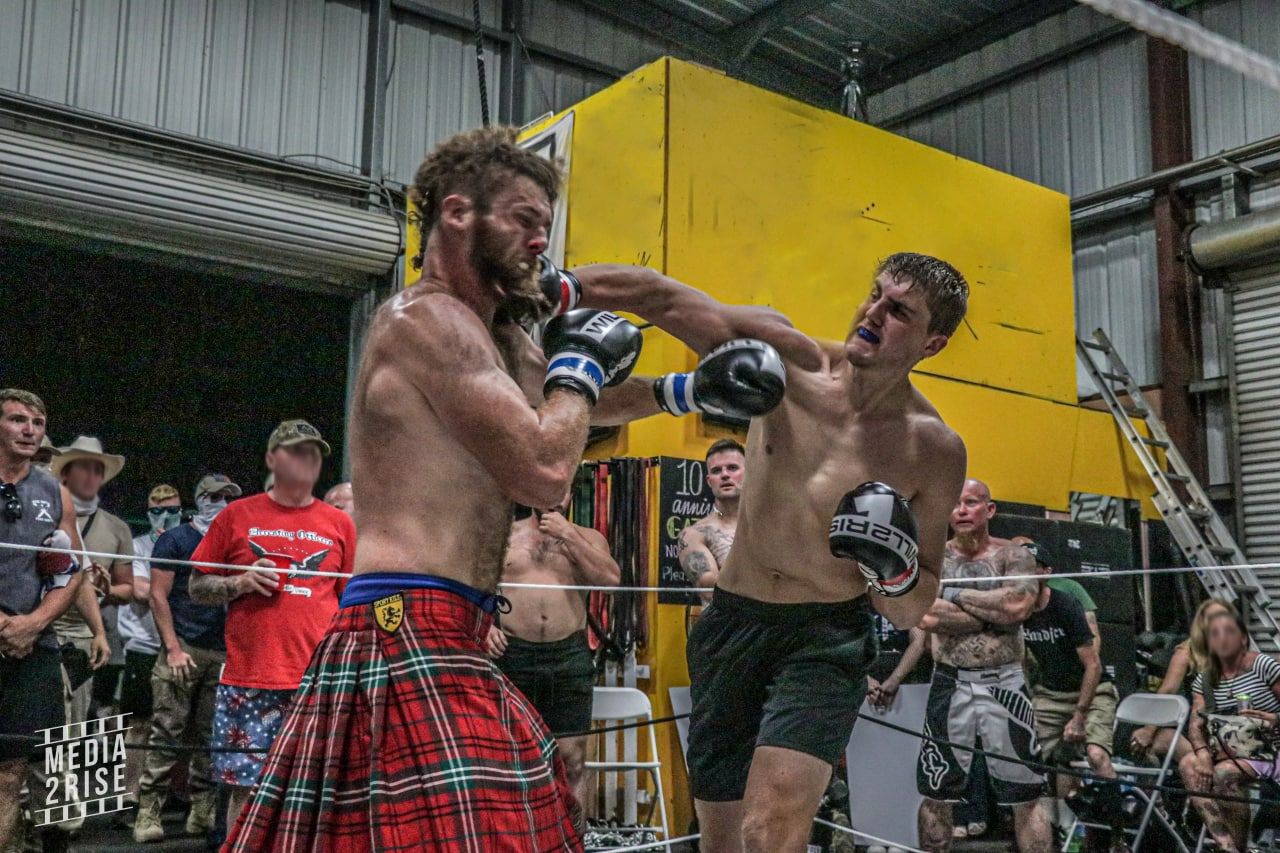 Driving from as far away as Florida, nationalists collected their friends along the route. By the time the Patriot Front caravan, for example, had got to Texas, they had gathered several dozen of their brothers in a train of cars, stopping to do flyering and physical training along the way. Others flew from Washington state and Washington D.C., bringing with them both old friends of RAM and new nationalists who had grown up watching the stylized boxing videos in high school.

Today those young athletes who used to scroll through RAM’s social media now compete at a professional level in their hometowns around the US. 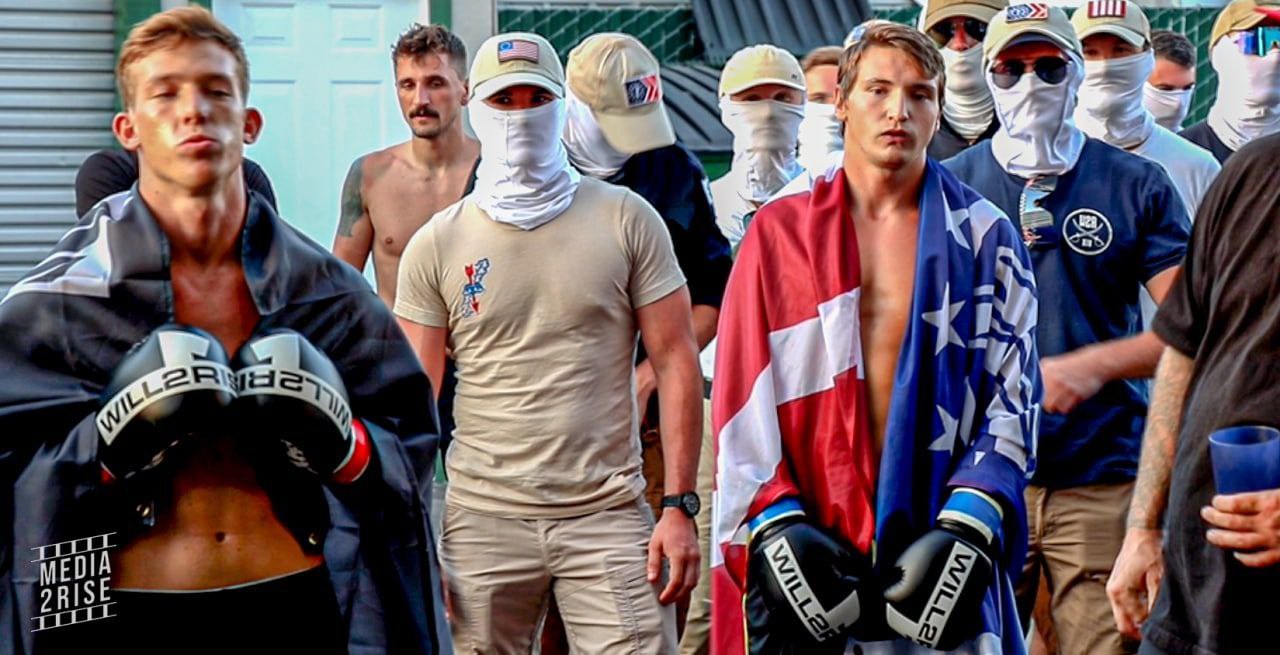 Mouthguards in, flags on. Simple as.

One of the hardest-fought bouts of the night was between Luke of Will2Rise and an unnamed Patriot Front fighter. Many had come to the event more or less aware of the full-time training that Luke and some Active Clubs were conducting but few were prepared for the quantity and quality of Patriot Front fighters. Apparently, these guys do nothing but punch each other in the head all day because the PF men had a nearly uniform high standard of physical fitness and fighting stamina. It certainly didn’t hurt their fighters’ confidence to have several dozen of their brothers cheering them on. 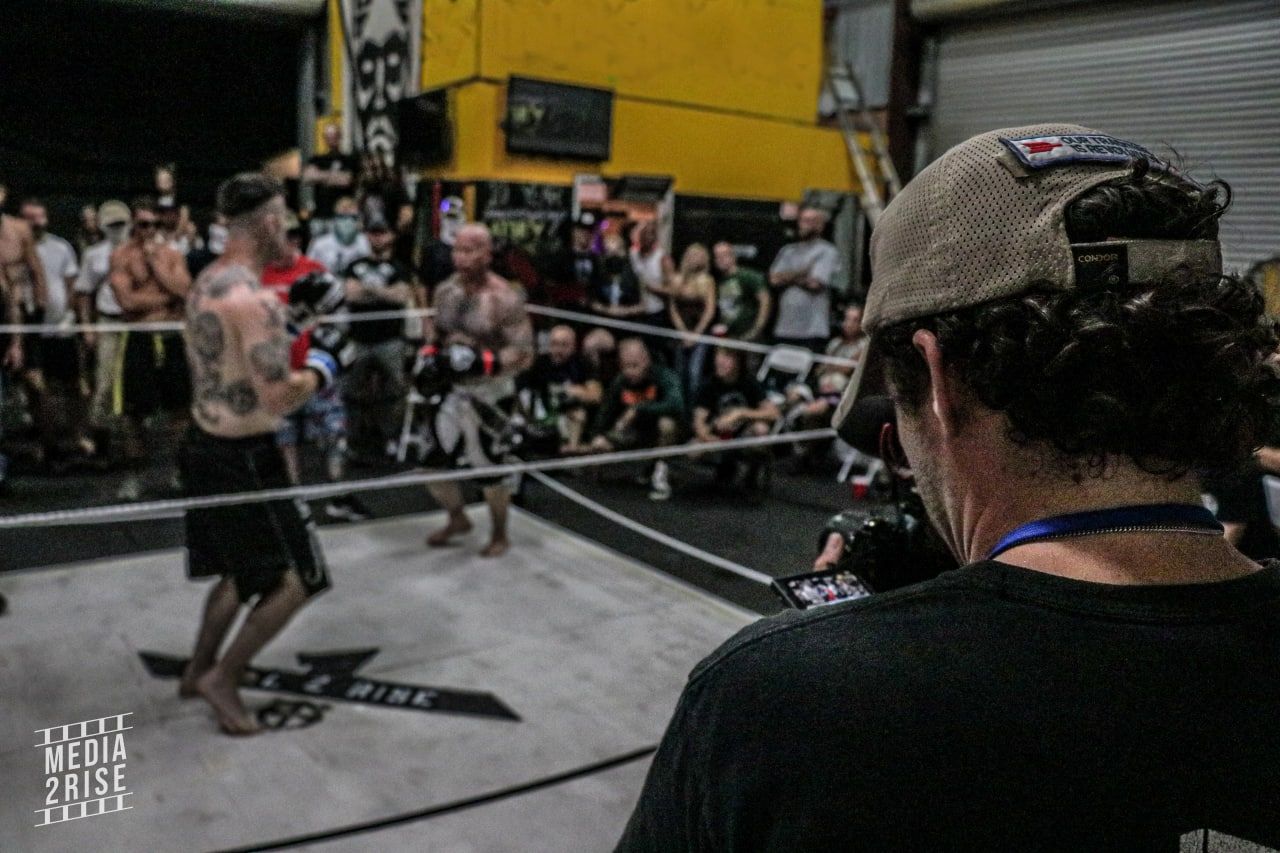 As observers talked between matches, one topic kept coming up: the lack of disagreement. There was no hemming or hawing about the “optics” of some fighters having every fascist symbol known to man tattooed on their chest. No one dug up obscure religious debates or fought over how to reach the public. This event wasn’t for the public; it was for a special few who were dedicated enough to the craft of fighting and to building a nationalist internal culture that they found their way to it. Every fighter and attendee understood that they were participating in a historical first and that, like Charlottesville and the Battle of Berkeley, a man could be proud of being there for years to come. Unlike Charlottesville and Berkeley, however, there was virtually no chance of falling into a trap by an anti-White state. This represents an advance in the fabric of nationalism in America that will terrify Jewish power for decades to come. How exactly can they stop this?

Dox people? It has been done and it didn’t work. Everyone who was susceptible to doxxing has been filtered out in the last four years. The men who remain are either completely public or take simple steps to protect their jobs. Frankly, a topic that came up at Birth of a New Frontier was how doxxing just doesn’t hit like it used to. Countless individuals told their story about how they were doxxed but their employer and their family just stopped worrying after a few days.

Seed infighting? You can’t seed infighting with people who socialize by punching each other. Tricks like that are only really successful online with Mountain Dew-swilling keyboard warriors. All the FBI can seem to do at this point is frame up Trump grannies and that is what they are doubling down on. 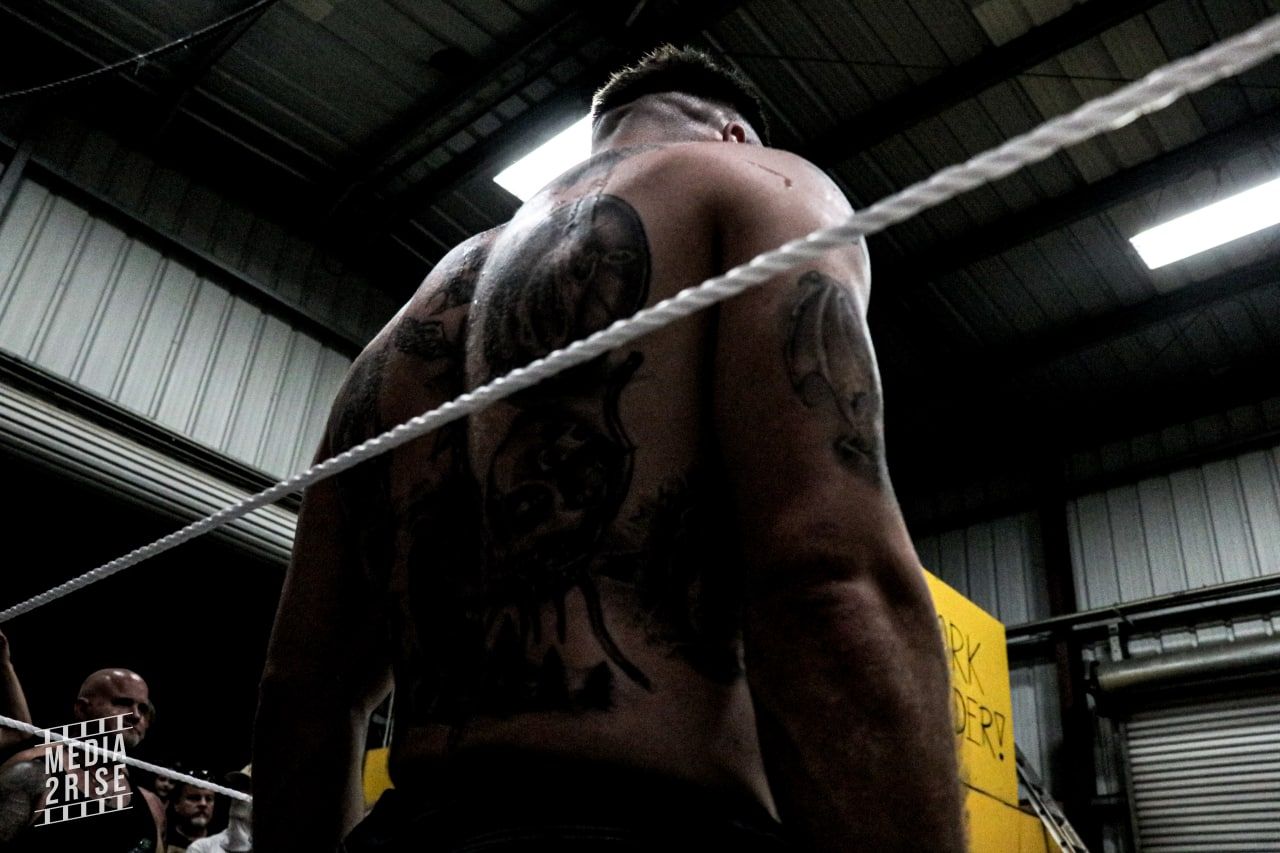 Lucca of Media2Rise described it best in a telegram post:

We are now taking the reins and learning how to quickly innovate and adapt to the constantly changing trends to win the hearts and minds of our people. We are building our people up from within, giving them hope, identity, and purpose – values that are stripped from them every day by our enemies.

Many people made lifelong friends this weekend and found common ground with men they might have disagreed with on divisive political issues. Unlike the internet where a nerd can pretend to be a Homeric hero or a philosopher to rival Plato using bluster alone, real life is ruled by people with a calm and honest demeanor who can take a punch or throw one.

Understanding this as a people and as a movement is perhaps the most critical step to throwing off the fog of the 2016 meme frenzy and getting to the real work of our generation which is building national networks of strong brotherhood that transcend organizations. Birth of a New Frontier is the first of many events that will spring up for years to come even if every organizer retired and went off to a peaceful life in the woods. Attendees will make their own new Active Clubs and competitions, as will people who see the Media2Rise footage that is coming soon.

There really isn’t a lot that enemies of our race can do to stop this particular cultural phenomenon and the most exciting thing is that they don’t even know it yet. With a foundation of competition and brotherhood, it is just a matter of time before our brothers or our sons produce a critical mass of revolutionary spirit that will sweep the West as happened in 1776 and 1935 and when it happens, I would hate to be in the shoes of anyone who gets in our way. 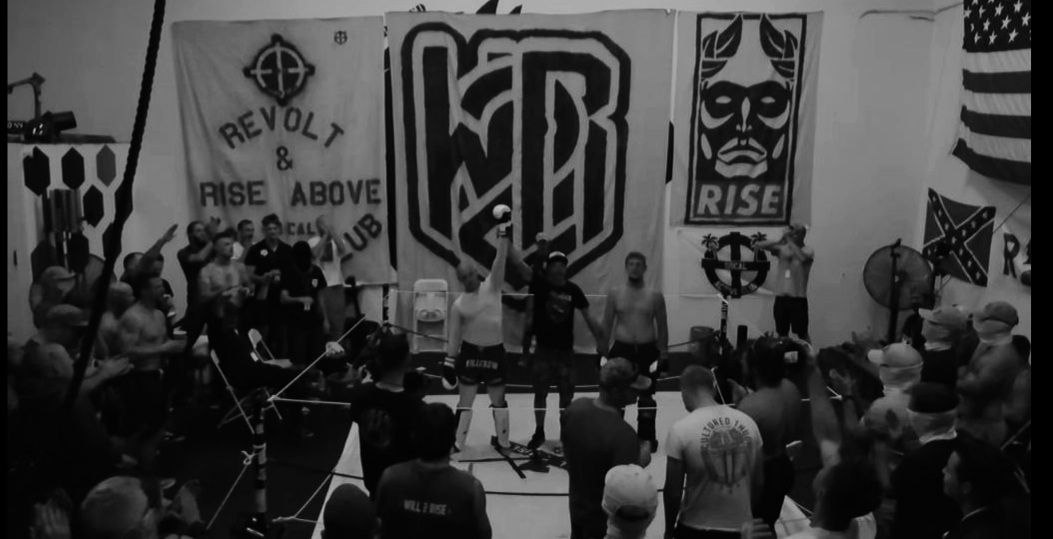 Update: a previous version of the article had incorrectly declared a different winning team. 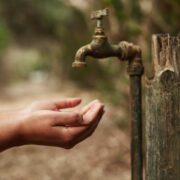 We Could Stop Mexican Immigration, Drug Trafficking, Cartel Violence, and Our Water Problems With One Twist of a Spigot 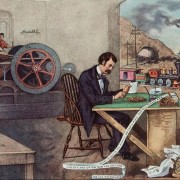 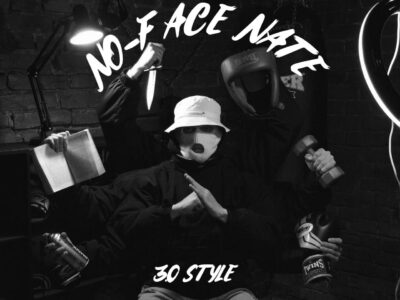 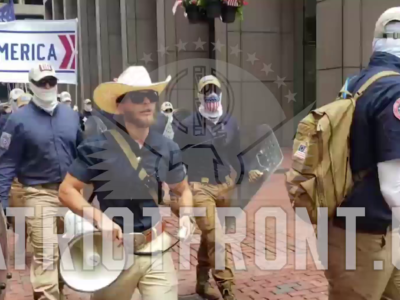 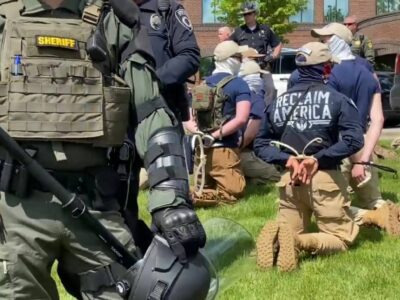 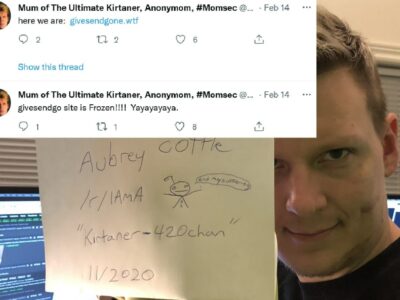 With the Freedom Convoy under pressure, CSIS uses antifa to dox and honeypot ... 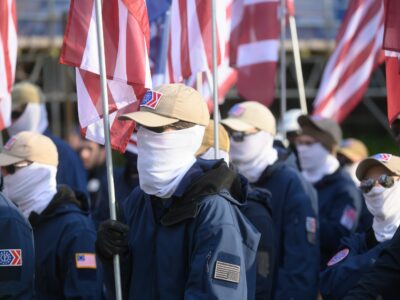 Today Patriot Front marched again in D.C., this time with the March for ...