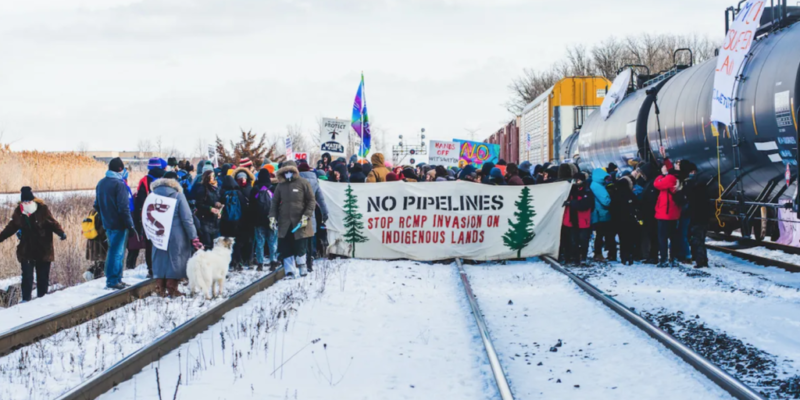 Foreign minorities exempt from Martial Law in Canada, as the Emergency Measures Act has impacted all, except racial minorities, refugees or protected classes coming into Canada according to the Government. 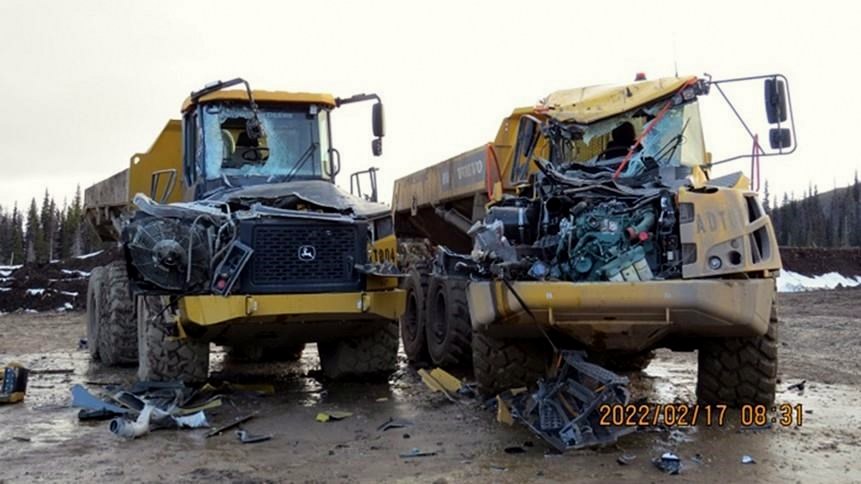 “Damaged heavy machinery is shown near Houston, B.C., in this Feb. 17, 2022, RCMP handout photo. RCMP say they are investigating a violent attack by a group of about 20 people armed with axes against equipment and workers building the Coastal GasLink pipeline in northern B.C. (The Canadian Press/HO, RCMP)” –theepochtimes.com

Refugees, immigrants and foreign minorities are exempted from martial law in Canada as tyranny reigns across the Great White North. This comes directly from the Canadian Government website itself, which says you can’t “breach the peace” by protesting, unless you’re an outsider, a protected class. One group is given ample rights, while the founding stock of Canada is oppressed for calling for freedom. The logic in this case likely comes from the fear of backlash from internationalist Native American groups traveling from America for their pipeline protests which usually involve blocking highways and destroying expensive machinery . 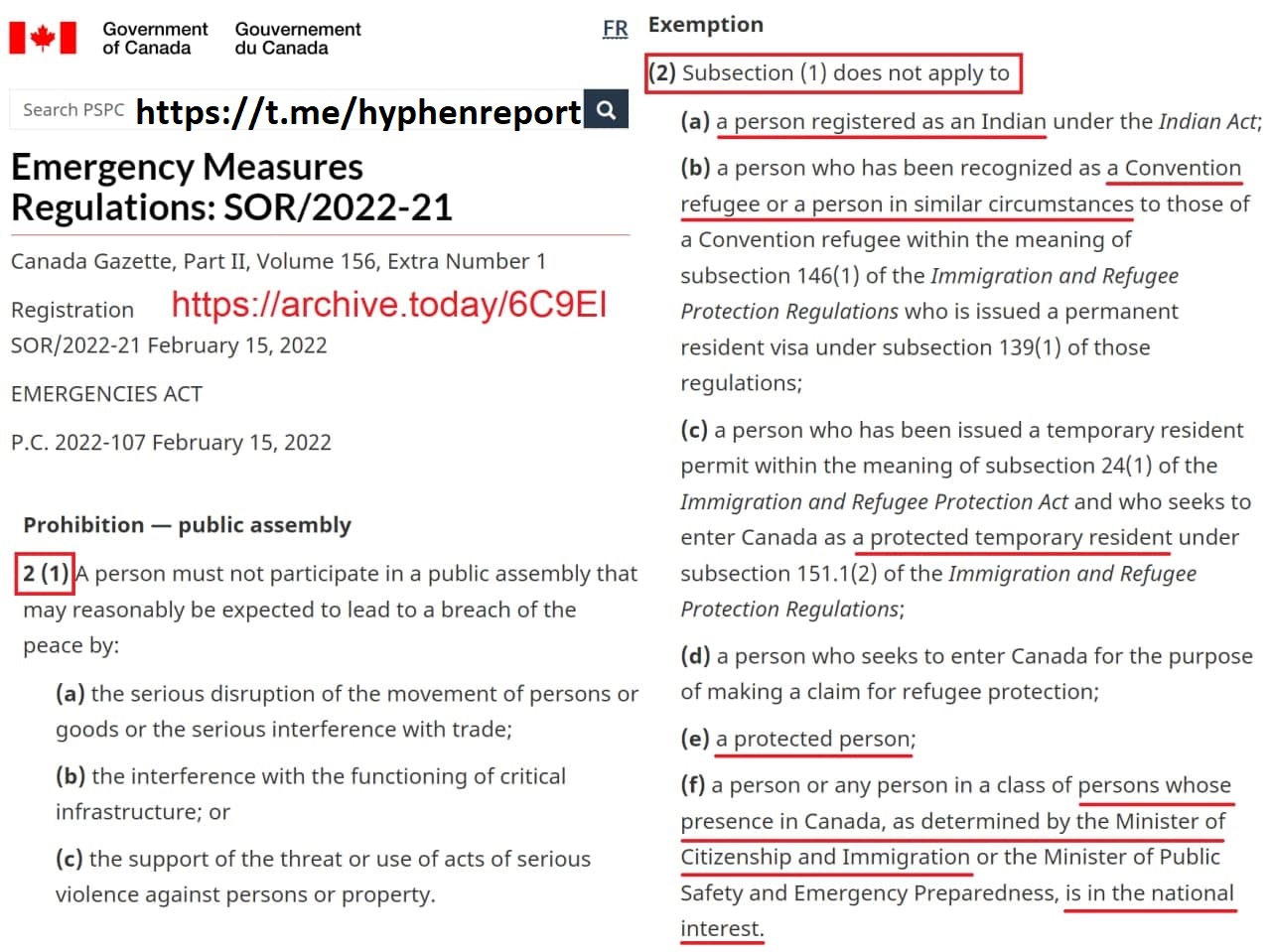 No rights for anybody but immigrants, refugees, minorities and “protected classes”

By the end of 2021, Canada accepted a record breaking 400,500 immigrants, along with 35,000 refugees mostly from Afghanistan. This is despite the 4.9 million Canadians already suffering poverty, and practically zero support for many demographics despite the disastrous economic effects of COVID-19 lockdowns.

Even worse, Canada has an immigrant backlog of 1.8 million people because it’s systems are so overloaded. Resources going towards new people when people in Canada are already dealing with the burden of an average of 20,739$ in debt (excluding mortgages) seems foolish. Now, those 430k foreigners who just arrived in the country have more rights than the people who built it and have been living there since birth. 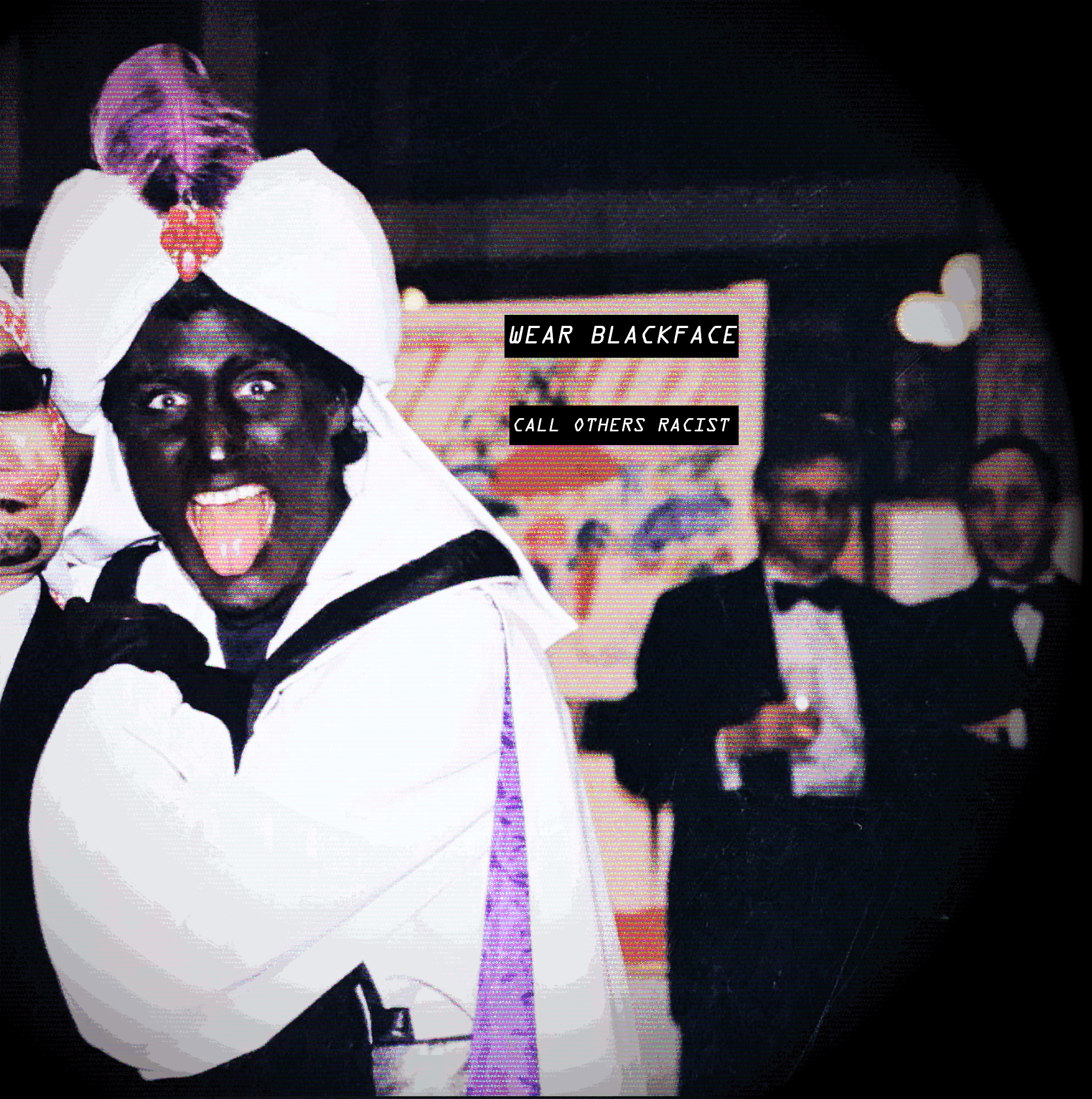 Surely there’s patriotic Canadian immigrants who want to protest, but they may be from Europe. Do you think the police officer would understand, going “oh, you’re Italian, it’s ok to protest”? Of course not. Such a luxury can not be afforded to anybody not a specific “protected class”. This is a racial litmus test. This isn’t some incentive structure to help minorities get ahead, this explicitly exists to suppress the largely European Freedom Convoy. The Canadian Government is saying the quiet part out loud.

Sean Fraser, Minister of Immigration, gladly announced on state media a further increase to 432,000 immigrants, despite the backlog. However, this wasn’t enough as Fraser was panned in Canadian media for not bringing more family immigrants, focusing on jobs. When “family immigrants” is referenced, it means old people who can’t work, wasting the Canadian social security system. Fraser has no practical plan for improving Canada’s immigration system, leaving it susceptible to terrorists with it’s increased scale. Jobs are considered primarily, and the security or wealth of real Canadians lastly, if at all.

As protests grow, authorities having minorities exempt from martial law in Canada allows for counter protest to be easier. Hyphen-Report’s on the ground sources confirmed a largely European protest at the Freedom Convoy. That’s not to say it’s a European movement, it’s clearly not white supremacist, but it’d be destroyed if only Europeans couldn’t protest. What’s known about the counter-protesters is they have some Native American representation, which is explicitly protected in the document. This is the Canadian government giving the explicit go ahead to stochastic terrorism, so soon after the police avoided laying terrorism charges on an antifa member who drove through a crowd of Freedom Convoy protestors . Effectively, the legal code states that Whites have less rights to protest than non-whites: your peaceful protest can be suppressed because they feel that you are peacefully protesting too hard. 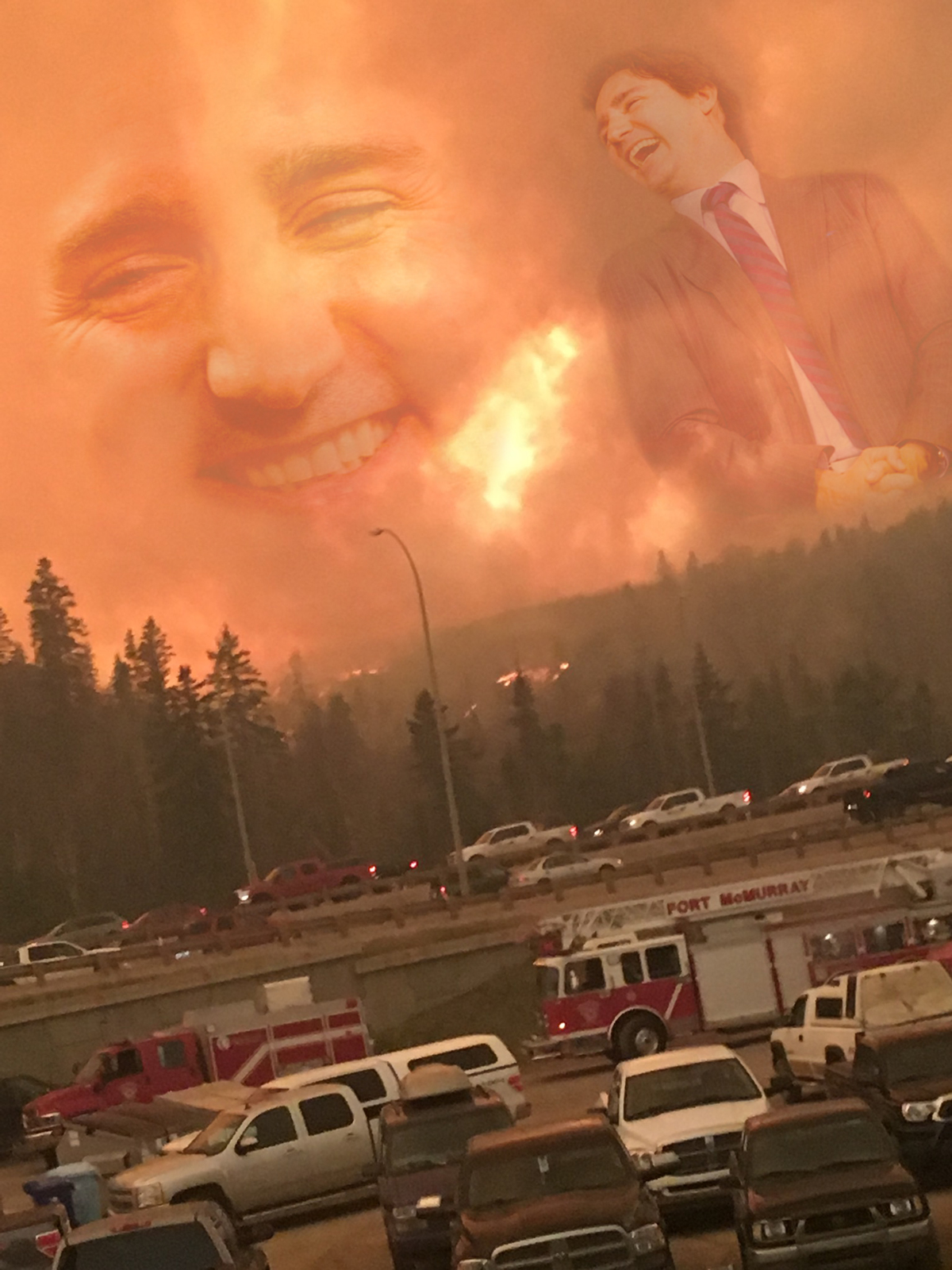 This is what happens when, as conservatives, you defer to the law for ultimate authority. The left, however, simply changes the law with no shame. They grab power, then play reactionaries by pulling stunts, only to do what they want with no push-back. The left and Canadian government itself is willing to dox you, ruin your life, hurt your family and brag about it, what aren’t they willing to do?

Your freedom just got taken from you. While your enemies have all theirs, there are no stops. There are no conservatives “principles” left to defend, only a winner and a loser. These people aren’t “honourable opponents”: they want you and your kids dead for being “nazis”, and they think it’s funny. In a year over 400k foreigners are arriving that can legally attack you, while you can’t respond to the “counter-protest”.

Foreign minorities exempt from martial law in Canada are likely amongst the counter protestors of the Freedom Convoy. Authorities have tried to dox, freeze your bank accounts, when that failed, they took away your freedoms. There are not limits to the cruelty the government is willing to inflict, it will get worse. Whether or not you like the Freedom Convoy protest, any rational person thinks they should be able to protest. The Canadian government foot soldiers to terrorize Canadians, following the coverup of the Windsor terrorist attack and Winnipeg attack.

The simply reality is none of this will ever change until power is taken by another group. If power is not in our hands, then neither is our fate and neither is our birth right. Terrorism was all but endorsed by the state before, but now it’s gone full mask off. No reason to leave yours on. 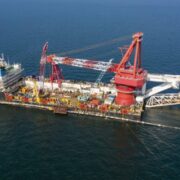 The War in Ukraine is About Nordstream 2 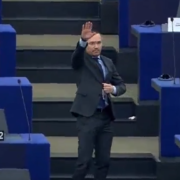