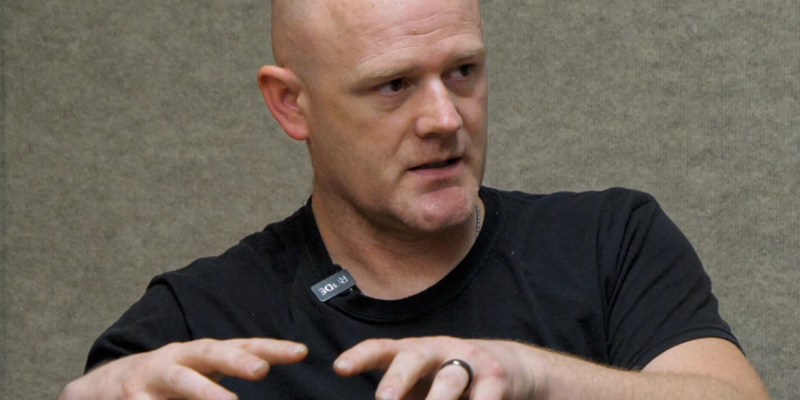 In a recent mainstream media interview with Robert Paulsen, the father of the late Jupiter Paulsen, Robert speaks out about his experience. He comments on The National Justice Party’s efforts in seeking justice and the difficulty he’s had with finding anyone else to stand up to champion the late Jupiter’s murder. The article is filled with slander and obfuscation, as it labels the NJP as “a racist, antisemitic group that includes known white supremacists” while citing—of course—the corruption-ridden SPLC. Despite the obvious spin-job, even the journalist can’t deny that no one else is standing up for her family.

He’s angry. He needs help, but he said the only support he’s received lately has been from local white activists and the National Justice Party.

And how could he? The recent unspoken gag order placed upon the brutal murder of White Ethan Liming by an increasingly hostile press contrasted heavily with the almost non-stop coverage of the justified police shooting of violent black criminal Jayland Walker. The actions and words of these journalists (or lack thereof) tells us everything that we need to know:

You’ll receive institutional support if you are black and guilty, but if you’re White and innocent, they will imply that you probably deserved it.

The journalist then has no problem in citing the ADL, claiming:

“A lot of times in their private events and in their speeches they’re very overtly racist, but in these events they toe this line saying they are advocates for white human rights,” – Morgan Moon, ADL Researcher

This language, while still defamatory, speaks to the success of the National Justice Party’s recent tactics of standing up for innocent White victims of black crime. Despite how much they twist words and spread outright falsehoods, they simply can’t deny that that no one else is demanding restitution for the rights of the victims, who have long since been ignored.

One point of note is the author’s multiple and deliberate attempts to emphasize that the great replacement is a false and dangerous conspiracy theory unless you support it. Then all of a sudden, the theory becomes policy. It’s real, and that’s a good thing! They also make the curious claim that the NJP is “co-opting moments […] to radicalize the general public” in a clear effort to demonize any counter-response to these unjust killings.

Meanwhile, Paulsen is steadfast in his understanding of the current political climate and his search for justice for his slain, 14-year-old daughter.

They’re trying to show how whites are getting oppressed. Well, we are all oppressed.

They (National Justice Party members) are the only ones who continue to press, and I am like ‘Go ahead, maybe you guys can rattle some cages.’

When you don’t have anybody trying to help you, you turn to whoever you can.

He proceeds with the interview while fighting back tears, describing how Jupiter’s murderer gleefully smiled at him from across the courtroom.

I have to sit there and take it, and when he’s talking on the stand, he looks at me again and smiles. He knows what he did.

If this isn’t a perfect summary of what race relations have become in this country, I don’t know what else is. They simply want us to sit there and take it.

The article then finishes off with a roundly hostile and dismissive summary of how they want the NJP to be viewed by the public:

“Using her death to literally yell ‘white power’ in our streets is a disrespect to who she really was. Her dad cannot say he’s against white supremacy while teaming up with them. Her death is tragic, but that doesn’t excuse anyone for platforming white supremacists and neo-Nazis,” – Vanessa Clark, a counter protestor at NJP’s Fargo event

I would vehemently urge any reader of this article to go and find a single example of anyone at this protest yelling “white power!” I can tell you now that you won’t be successful. Sadly, the only response detractors have is to lie and spread falsehoods about the NJP’s intentions because if they were ever forced to face their positions and beliefs honestly, they’d be unable to win an argument.

One final damning indictment is the author claiming, “The inForum’s attempts to reach National Justice Party organizers for comment for this story were not successful.”

We here at the Hyphen-Report reached out to National Justice Party Chairman Mike Peinovich for a statement and to clarify if inForum ever made the effort to confirm their story before publication. The answer was staggering. “We did not receive an email from the inForum,” Claimed Mr. Peinovich. “They made no effort to contact us at all.”

One wonders if journalist C.S. Hagen of the inForum penned this article with the intention of acting his profession in good faith, or, if this is just another shot at making a name for himself by slandering a pro-White organization? With pressure mounting in an increasingly destitute and morally bankrupt America, the editor can only assume the latter. 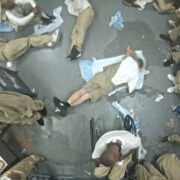 Correctional Catastrophe! How Prison Staffing Shortages are a Bellwether for Collapse