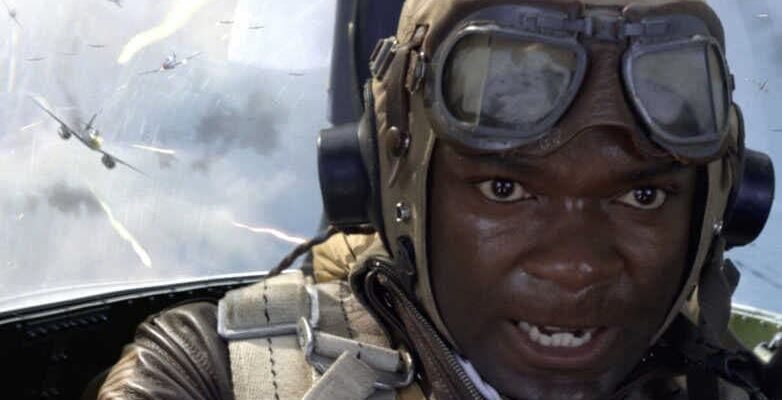 We are now nearing the end of Black Fake History Month (nestled directly between brave and stunning months dedicated to Braille Literacy and Women’s History). And I think it’s high time we stopped to take a moment to recognize some of the latest Jewish concoctions of what the precious magic Americans have done for humanity.

Older copes such as Google Map weaves, we wuz kangs, or looting is reparations, actually! almost seem quaint and nostalgic at this point – and remnants of a more simple time. But if there’s one thing we must be aware of, it’s that you can’t stop progress. 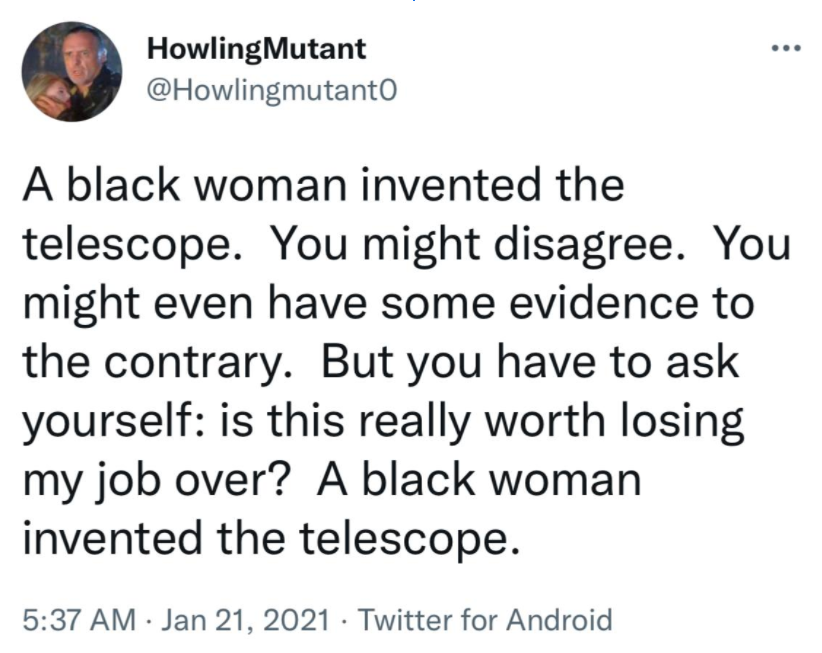 And don’t you forget it, bigot!

“So what’s on the menu for this year?” You may find yourself not ever asking. Well, in the CURRENT YEAR + 7, we’ve honed our sights on their vital military contributions – during the only time in US history where we were brave and good people fighting fascism and not bigoted White supremacists: World War II.

“And what exactly did these brave based Blacks do?” You may still find yourself not ever asking. Well too bad, bigot. It’s time for you to sit your ass down and learn the truth about these squadrons and how the basketball Americans saved us from speaking German. 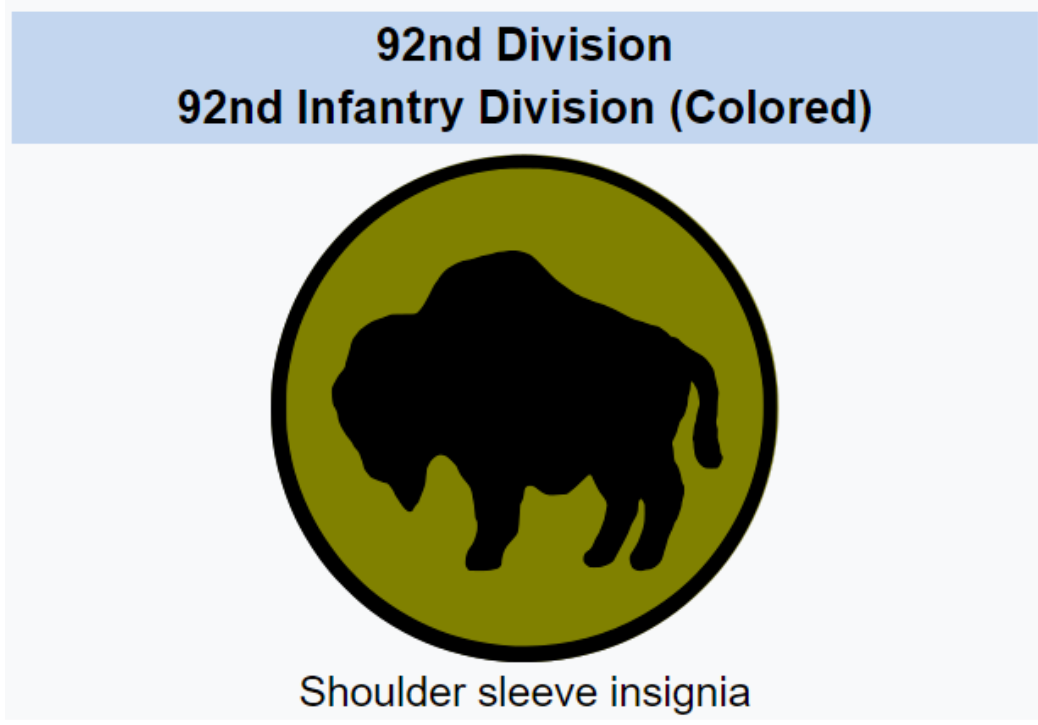 Our fan fiction begins with the all-Black 92nd Infantry Division, the only of its kind to participate in European combat.

From reading libtard-authored pieces on the matter, you’d think that racist White generals were doing everything they could to stop these brave men from fighting for their country. When in reality, they were probably trying to limit the destruction and losses.

You see, DESPITE having three attached armor battalions, they were quickly and easily defeated by light infantry Axis forces of just half the size. And the copes don’t stop there:

After continuing poor combat performance, including many instances of unauthorized withdrawals upon meeting the enemy, low morale and malingering, the US Command concluded that the 92nd Infantry Division was of inferior quality and fit for only defensive roles. […] German documents showed their command also had low opinions of these troops. – Wikipedia

Never ones to let a little truth get in the way of an ideological vanguard, historians have stepped up to the plate to rectify history.

Since the late 20th century, contemporary historians have begun to reevaluate the combat record of the 92nd Division. Period reports of its honorable performance have continued to surface. Numerous veterans of the division believed that reports of poor performance were motivated by the racism of senior officers of the division. Even as evidence has mounted in support of the division’s honorable conduct, some still seek to suppress these facts. – Wikipedia

But this is just a one-off you might say. If we’ve learned anything the past two years, it’s that you can’t judge a group based on just the misdeeds committed by a large majority of them, because of …uhhh reasons. Surely this battalion is just an outlier… 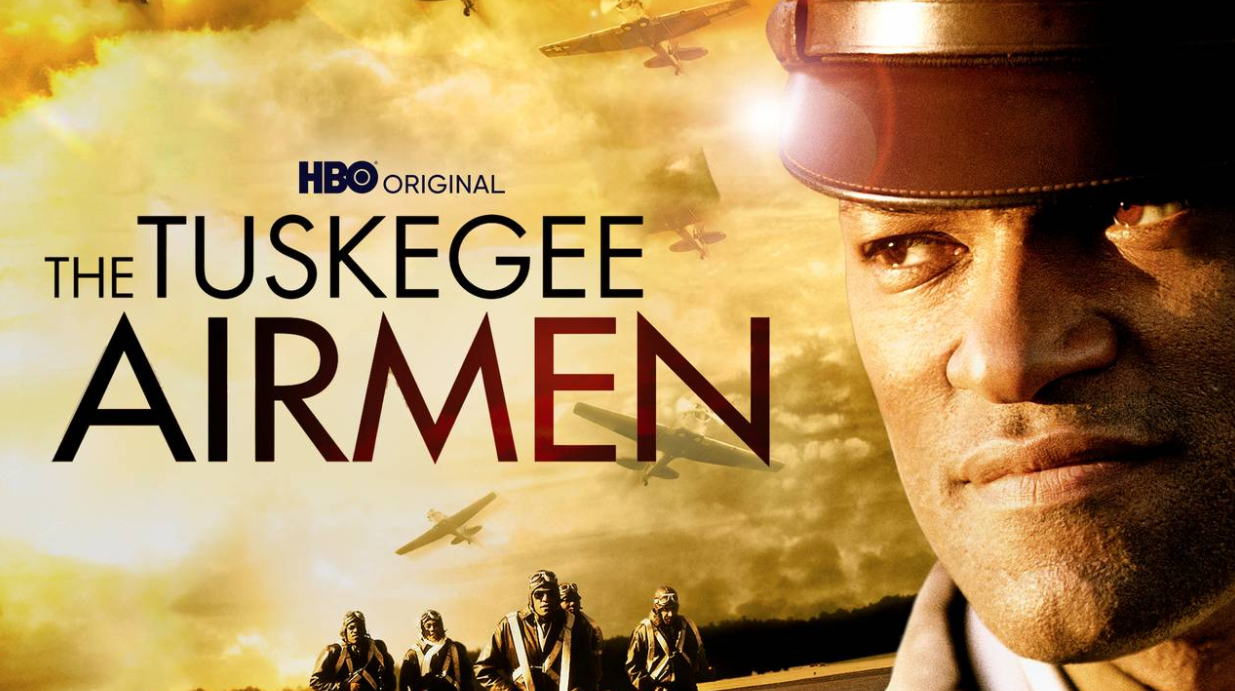 Will the Netflix adaptation star all Whites?

Enter the crown military jewel of Black Fake History Month: The Tuskegee Airmen. If the 92nd battalion were a chilled watermelon and mint salad, consider this the finger-licking main course.

Deployed in late 1943 when the Luftwaffe and German air defenses were already significantly weakened, their job was largely to escort bombers to combat. Things started off roughly for them when 12 were killed in training and non combat missions.

Now, if we’re to believe the almighty historical narrative, these were the most highly skilled and lethal of all melanoid soldiers: super predators, if you will.

“The War Department set up a system to accept only those with a level of flight experience or higher education which ensured that only the ablest and most intelligent African-American applicants were able to join.” – Wikipedia

They made the standards so high, we actually became an elite group. We were screened and super-screened. We were unquestionably the brightest and most physically fit young blacks in the country. We were super-better because of the irrational laws of Jim Crow. You can’t bring that many intelligent young people together and train ’em as fighting men and expect them to supinely roll over when you try to fuck over ’em, right? – Crime enjoyer, adulterer, communist sympathizer, paternity denier and Detroit Mayor, Coleman Young

The tranny jannies at Wikipedia really try to go out of their way to paint these people in the best light, as is exemplified in the immensely entertaining “talk section” (think a cesspit of a cesspit). 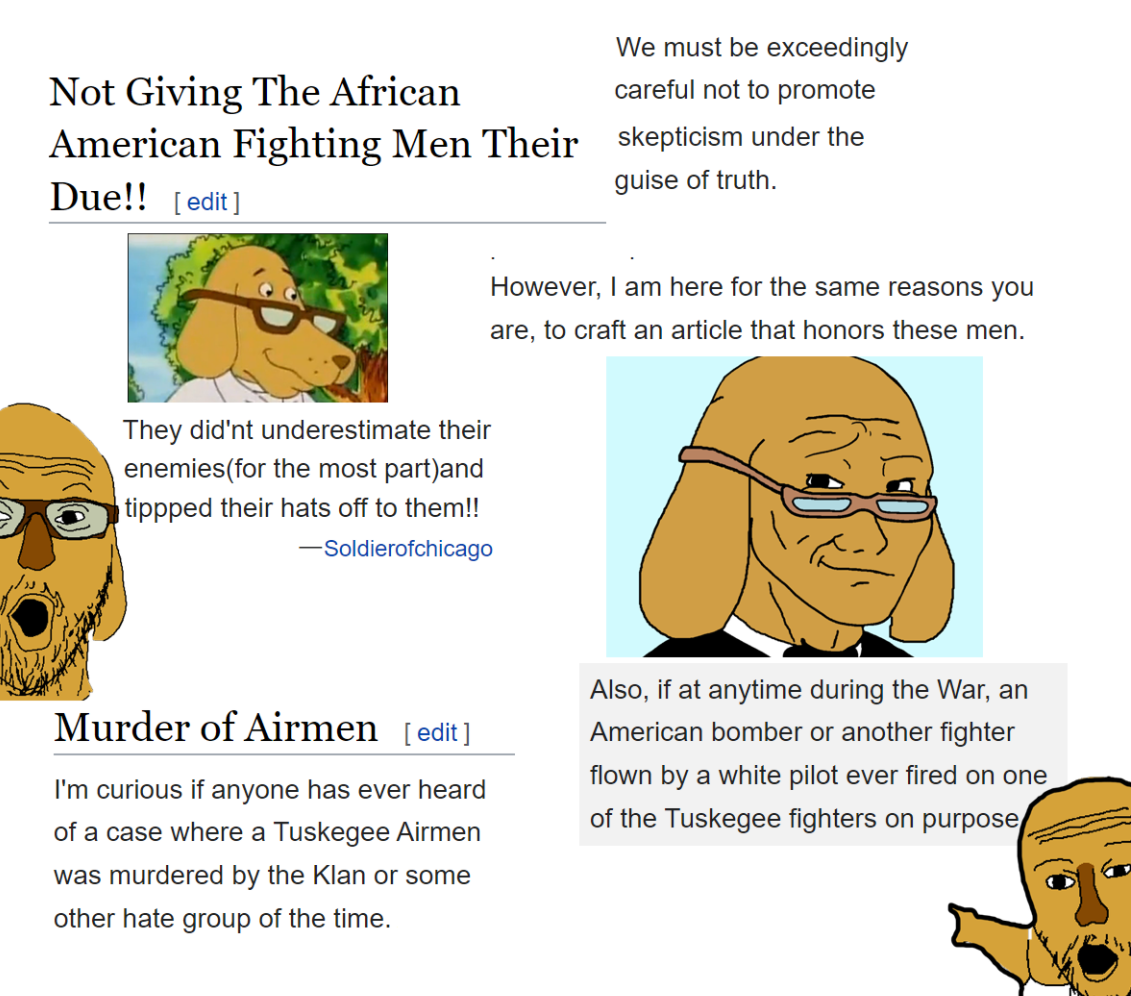 But the propaganda doesn’t end there, austere historical film documentarian, George Lucas (among many other) even produced a film based on this 100% not fake or gay story, called “Red Tails”.

Given the comparative sanity of the world back in 2012, this film was largely panned, receiving a 46/100 on Metacritic, though much of the critique was based on the film not being diverse enough:

There’s a particularly troubling absence of black women (but for a painting on Lightning’s plane) who go unmentioned—no gal back home? no sisters, no Mamas?—nor do we ever see the African Americans who followed the squadron’s adventures – Film Comment

Lord knows that had this movie been released in 2022, even the planes would be painted black.

Sadly though, wanting something to be true doesn’t make it so, and the same goes here. The Tuskegee Airmen of 332nd had a victory ratio one third that of White battalions. 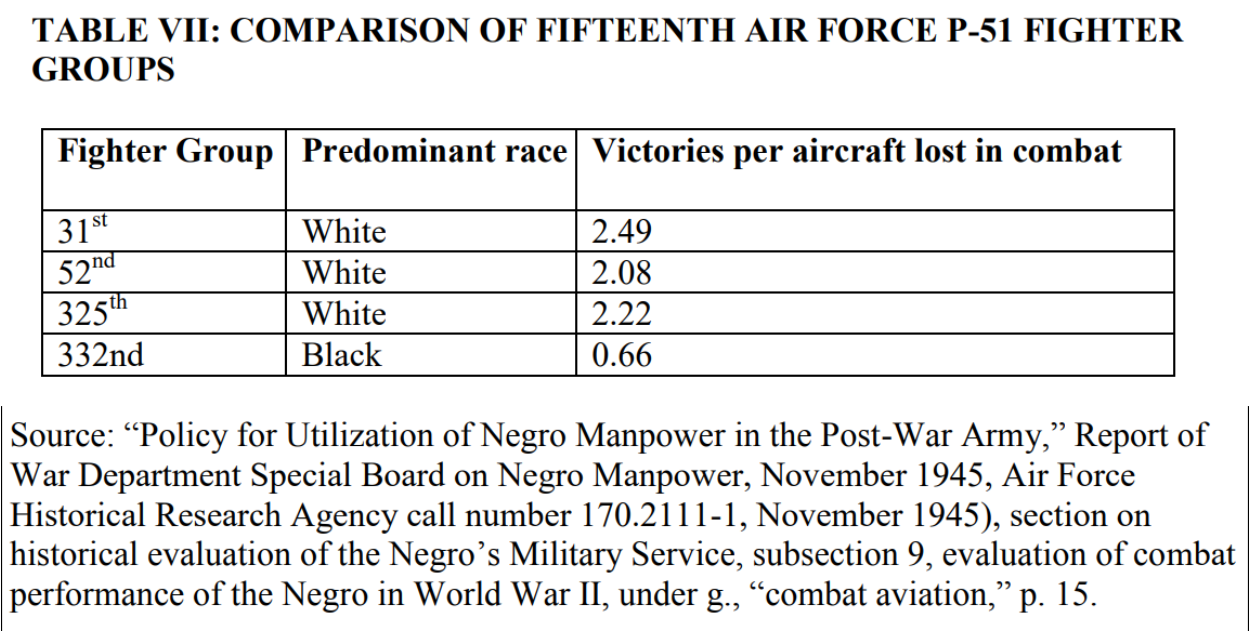 Their victory ratio dipping below 1.00 means that they actually lost more planes than they took down.

[E]ach of the three white P-51 fighter groups shot down more than twice as many aircraft as it lost in combat, but that the 332d Fighter Group lost more of its own aircraft in combat than it destroyed of the enemy. – Tuskegee.edu

They also claimed their specialty was defending bombers, but reports show that (shocker!) escort efficiency deteriorated once they arrived.

On four consecutive days in February, heavy bomber penetrations into Germany were covered by an escort of P-38s and P-47s. Bomber pilots reported that the cover provided on these missions was the best ever furnished in the Air Force up to that time.” It bears noting that the 332d Fighter Group had not started to escort Fifteenth Air Force. – Tuskegee.edu 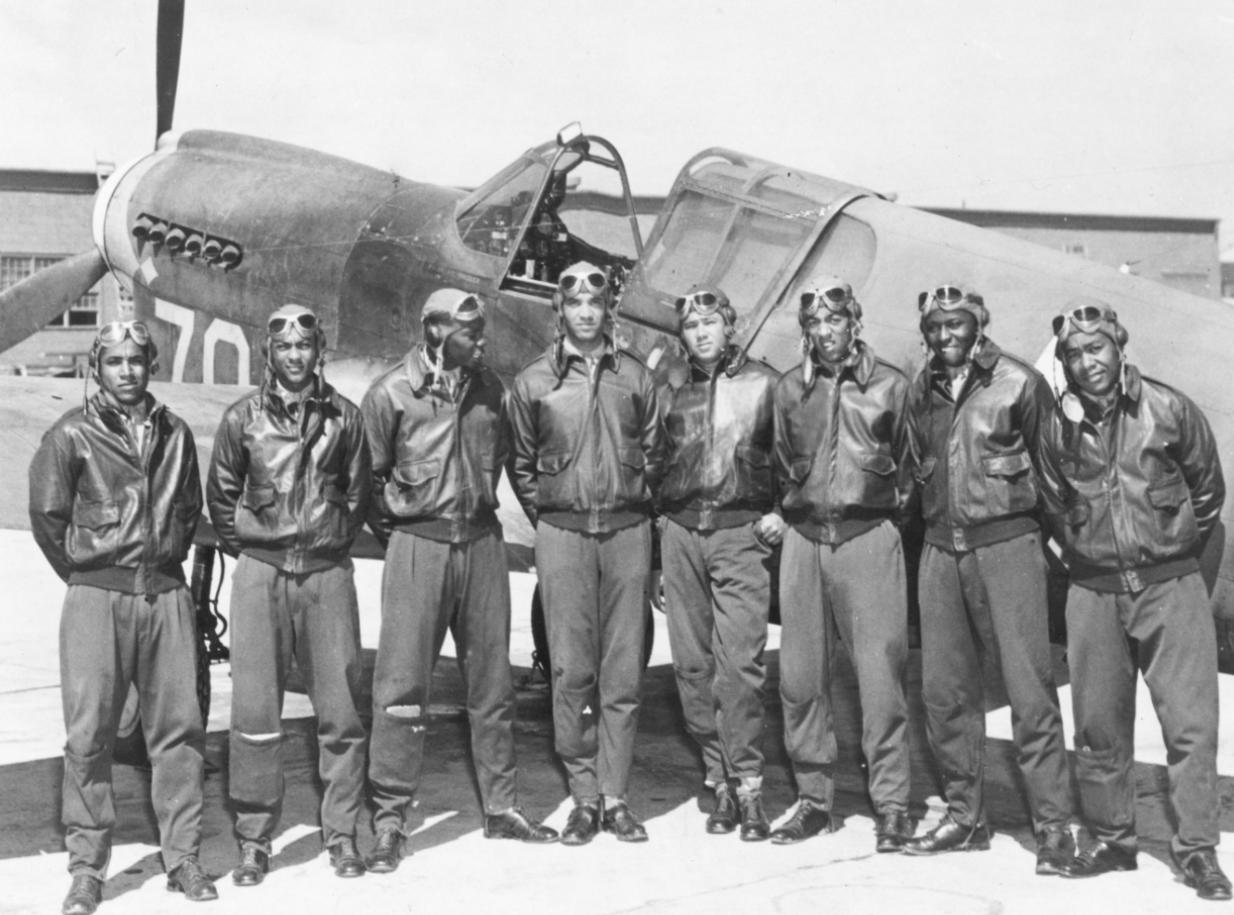 How dese plains be flying when they don’t got no feathers?

So sure, none of this happened as told, and all the claims are exaggerated. Sure, you could go against the narrative to correct the record. And sure, all of Black Fake History Month is all part of a massive psy-op to portray them as uniquely competent and magical at everything they do, but again just ask yourself: “Is this really worth losing my job over?” 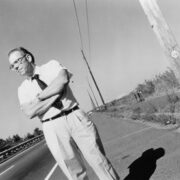 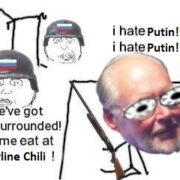 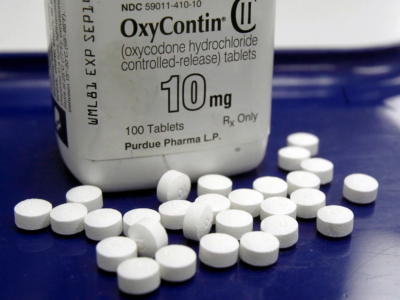 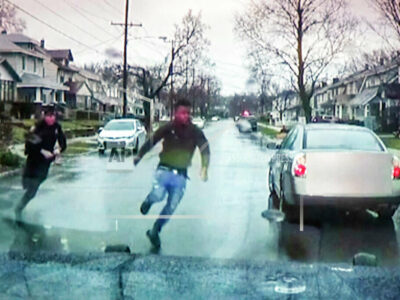