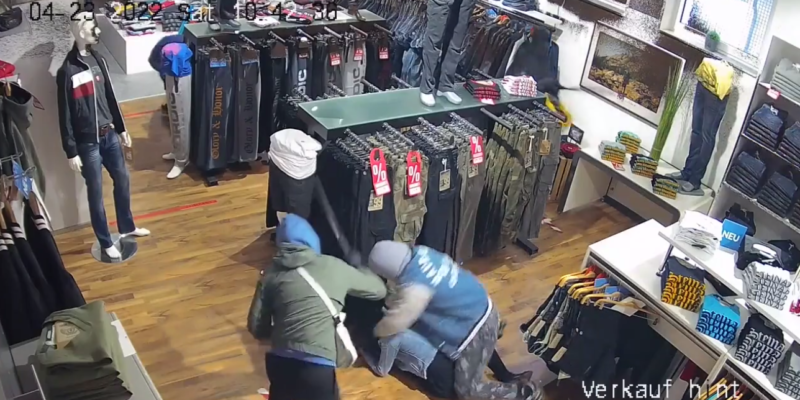 In scenes of leftist violence reminiscent of those portrayed in Wilfrid Bade’s Conquering Berlin, Antifa in Germany have been brutally assaulting people for wearing or selling clothing that they associate with the political right. In one attack back in 2018, a man suffered a fractured kneecap. Last Saturday in Erfurt, a saleswoman in one of the brand’s store was attacked by four Antifa who, after posing as customers, attacked the woman from behind, beat her with batons, and sprayed her with some chemical substance similar to pepper spray or a mild acid that burned her throat, lungs, and skin. The attack on the woman in Erfurt was not a lone incident, and there were coordinated strikes and attempted attacks in other stores belonging to the fashion brand that same Saturday in Halle, Schwerin, Dresden, Magdeburg, and Berlin. In Erfurt and elsewhere, the Antifa also sprayed paint throughout the interior and exterior of the stores selling this brand of clothing and released foul smelling chemicals to ruin the clothes and make the shops unpleasant to be in. After the attack in Erfurt, police reportedly responded by looking for the Antifa terrorists with search dogs and a helicopter, although they made no arrests, and in many cases the German police are covering up the attacks. According to Junge Freiheit, in Schwerin the German police did not even put out a press release about the attack, and there are no signs they are conducting a serious investigation in that city.

The brand in question, Thor Steinar, is described by the German government, specifically the Office for the Protection of the Constitution (Germany’s political police apparatus/domestic intelligence agency), as an element of Neo-Nazi subculture, and Germans are prohibited from wearing Thor Steinar clothes in the German federal parliament, in many state parliaments, and in several soccer stadiums throughout the country. In 2004 the brand was banned by a federal court in Germany, but this decision was reversed in 2008. In 2012, several NPD representatives in the Saxon Landtag (state parliament) were expelled from the building by the police for wearing Thor Steinar shirts to one sitting of the legislative body, and as a consequence were banned from attending for three additional sittings. 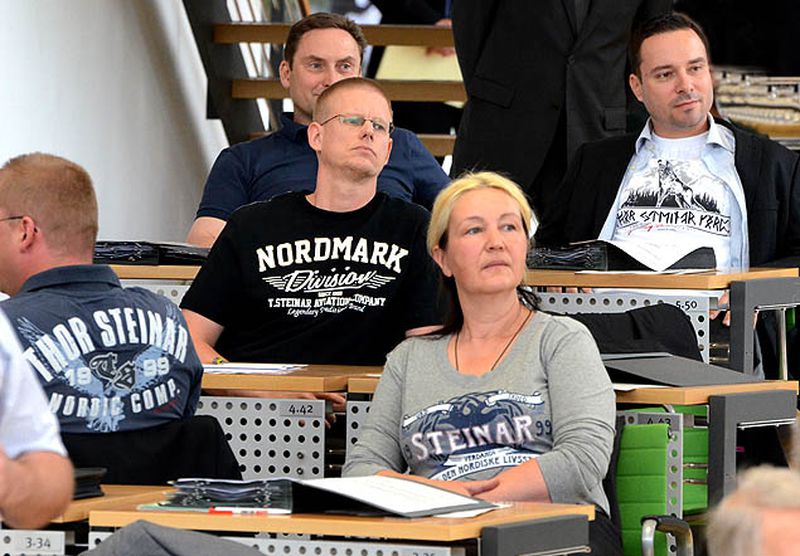 The brand is supposedly popular among the right because of its use of Germanic pagan runes and iconography associated with the modern White Nationalist and National Socialist movements. Thor Steinar’s logo is a Tyr rune superimposed over a sun rune, the resulting combination somewhat resembling a wolf’s hook (Wolfsangel), a symbol widely used during the National Socialist period among multiple SS Divisions, National Socialist youth organizations, and the Werwolf stay-behind force. The Wolfsangel has also been used by the Azov Battalion in Ukraine, a paramilitary organization which has been lauded in the Jewish press and receives training, funding, and arms, at least indirectly, from Western governments. Thor Steinar’s website and catalog shows clothing imprinted with other symbols associated with Germanic paganism (e.g., the Valknut and Raido rune), Celtic culture (e.g., a cross made of Celtic knots), and arguably National Socialism (e.g., skulls, which could be said to be reminiscent of a Totenkopf). These clothes are modeled entirely by athletic looking Whites, many with a distinctly Nordic phenotype.

Thor Steinar has also attracted controversy for the naming and location of its stores. In 2012, the brand renamed one of its stores in Chemnitz from “Brevik” to “Tønsberg” after comparisons were made between Brevik, the name of a small town in Norway the brand claimed it was naming the store after, and Anders Behring Breivik, the perpetrator of the 2011 Norway attacks. Before the name change, the store had been vandalized with red paint. In 2014, Jews and Muslims complained when the brand opened the “Viking Thor Shop” in London near the offices of Ephraim Mirvis, the UK’s “Chief Rabbi”, and close to a mosque known as the “Islamic Association of North London”. According to Google Maps, that store is now permanently closed. 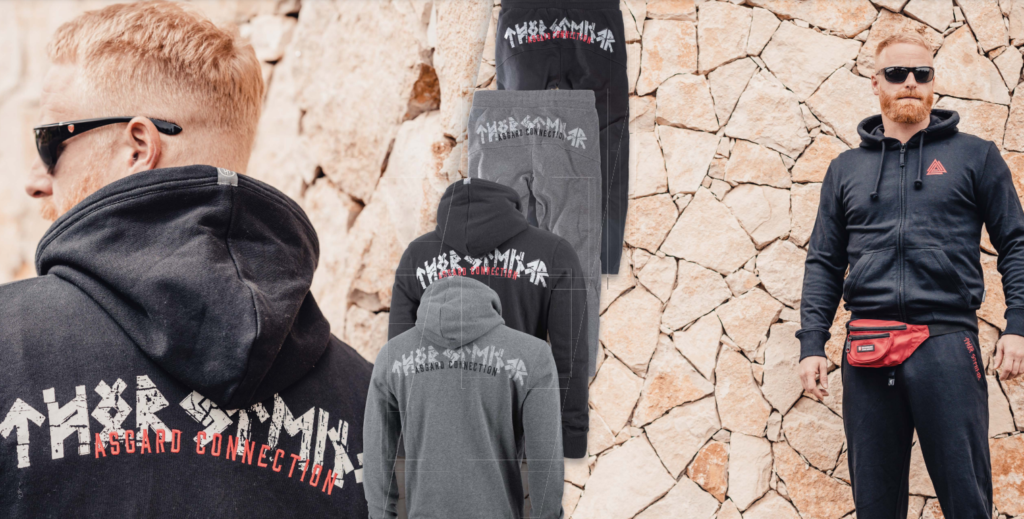 The brand has even been controversial among so-called Neo-Nazis. The first owner and creator of Thor Steinar, Mediatex GmbH, sold the brand in 2009 to International Brands General Trading, a Dubai company. According to Der Spiegel, the change in ownership led to “Action Group Essen” announcing “We, as national socialists, clearly reject Mediatex GmbH and their label Thor Steinar…We are of the opinion that our complex worldview cannot be printed on a T-shirt which costs €32.95 and which is produced by an Arab.” 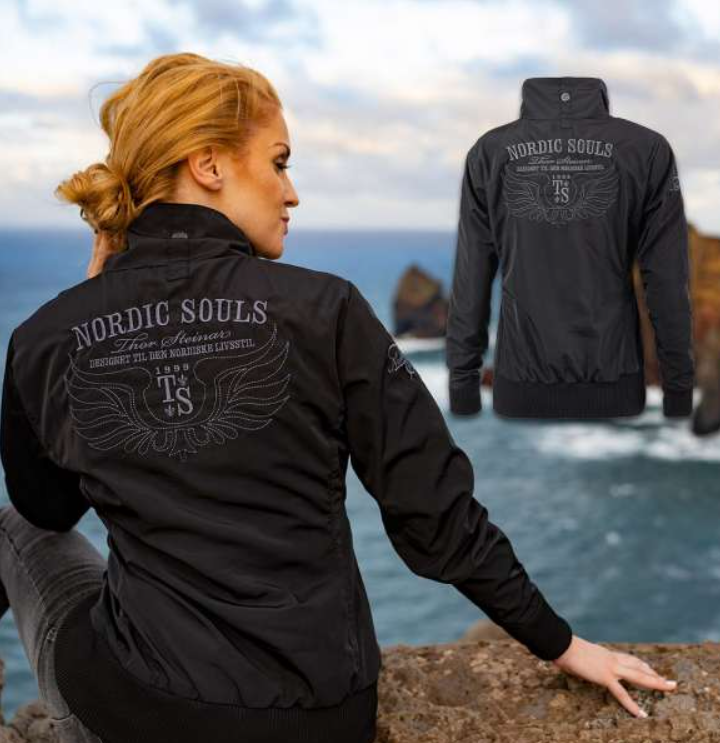 The choice of Thor Steinar’s designs, its store naming, the locations of those stores, or the ownership which decides such things is of little import with regard to the attacks last Saturday. While it seems obvious that the company is trying to appeal to Whites who appreciate Nordic culture and history, and perhaps is trying to “dog whistle” to White Nationalists and National Socialists, this is irrelevant in terms of the moral calculus of the story coming out of Erfurt. In a liberal society that pretends to support free speech, free expression, and the “marketplace of ideas”, there ought not be any restrictions on what people wear (provided the clothing is not indecent with respect nudity, which certainly does not seem to be a problem with those that rule the West these days anyway) or what political views they express. That would be a just and equitable arrangement, and it is precisely this arrangement that the system attacks both judicially with its legal system and extrajudicially through its Antifa proxies. 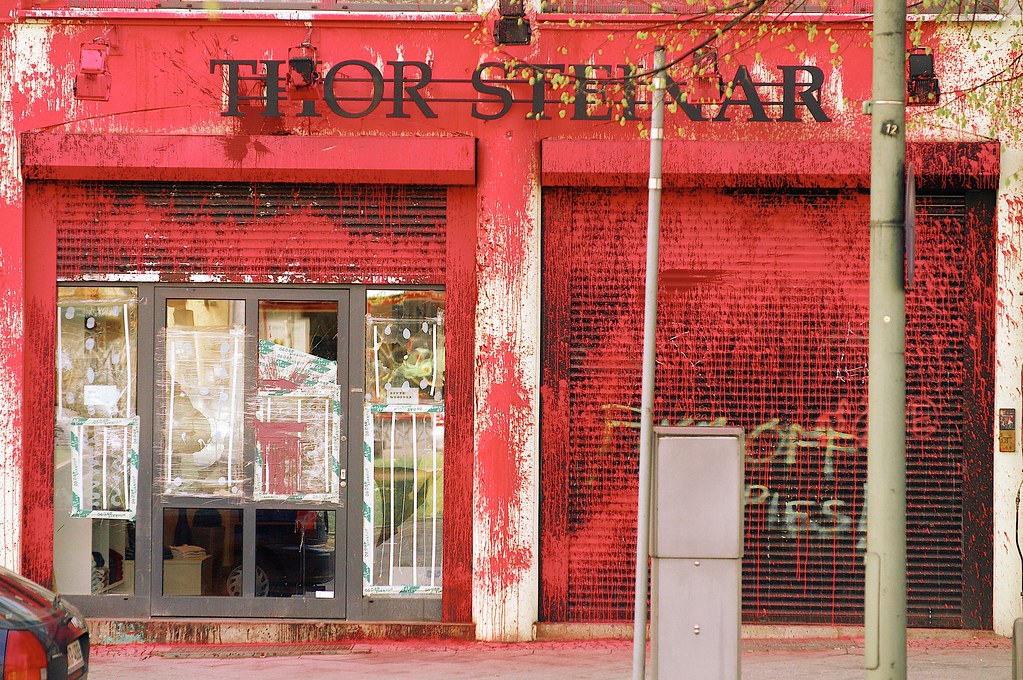 What matters here is that the collaborationist government in Germany, imposed by and propped up through an American military occupation, spends billions of euros a year indoctrinating its people into believing that National Socialism is the greatest of evils and then persecuting people whose political point of view is National Socialist or simply just pro-White. Then, these collaborators designate a clothing brand as being emblematic of National Socialism, ban that brand in their corrupt halls of power, and finally give Antifa de facto free reign to attack anyone wearing or selling the clothes.

These policies amount to nothing less than state-sponsored terrorism. The difference between the attacks on Thor Steinar and the bans on brown shirts in Berlin in the late-1920s/early-1930s which led to communists attacking and killing SA men while the government looked the other way is merely one of degree.  The gangster cabal in Berlin, acting in subservience to Jews, functions as a terrorist state, and the target that it seeks to terrorize and abuse is the German nation. Contrary to politicians and bureaucrats in America, such as President Biden and Trump-appointed FBI Director Christopher Wray, who argue that Antifa is merely an ideology and not an organization, these attacks in Germany demonstrate coordination and planning over vast distances and could not simply be mere coincidences. Furthermore, the tacit support given to Antifa as an organization by both the American and German governments through their refusal to give Antifa the attention it deserves in terms of investigating and prosecuting it for the crimes it commits, demonstrates that Antifa is also an organization which operates with the approval of these governments. The mother who works in the Thor Steinar store in Erfurt was not only beaten by four Antifa scumbags, she was also beaten by Olaf Scholz, Ursula von der Leyen, Joe Biden, and Anthony Blinken. All of these people should face justice for the crimes they have enabled and committed. It is our duty to remain diligent workers for the cause so that, in much the same way ultimate victory eventually followed the attacks on brown shirt clad SA men in late Weimar because those SA men did not abandon their mission, we shall eventually will ourselves into a position where we are able to make our enemies face justice. 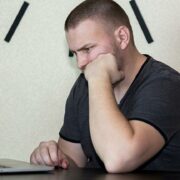 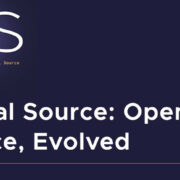