Recently, the Hyphen-Report called on average, working-class White people to give their opinions on various topics of the day, and tasked them with writing their thoughts with the intention of publication on the website. The following article is the result of that endeavor, and we are proud to introduce three new anonymous writers eager to contribute and speak out against the growing tide of anti-White rhetoric flowing from every avenue of mainstream politics. You can read the previous article in the series here.

Today’s topic centered around a recent article, America’s Gun Fetish, penned by the darling of the anti-woke left, Chris Hedges. The following is a rebuttal and deconstruction of Mr. Hedges’ own critiques, and despite coming from blue-collar, nine to five backgrounds, you’ll find our authors are more than capable of boxing with the lofty, credentialed intellect of the principled left.

This article isn’t actually about (White) America’s gun “fetish,” but rather a peek into Chris Hedges’ internalized Ethno-masochistic fetishization of black violence, or in Chris’ words, “Black retribution.” Hedges, whose mind is so warped with anti-white liberal ideology, eagerly sacrifices the shallow caricature he’s made of his own blood on the altar of anti-whiteism, ensuring he remains at the bleeding edge of our “woke” (read: anti-White) culture.

“Guns made my family, lower working-class people in Maine, feel powerful, even when they were not. Take away their guns and what was left?”

Just three paragraphs in, and any self-respecting white man is utterly repulsed by the dismissive and ultimately disdainful way Hedges speaks of his people, his own family.

“The fear of losing the gun is the final crushing blow to self-esteem and dignity, a surrender to the economic and political forces that have destroyed their lives. They cling to the gun as an idea, a belief that with it they are strong, unassailable, and independent. The shifting sands of demographics, with white people projected to become a minority in the U.S. by 2045, intensifies this primal desire, they would say need, to own a weapon.”

Out of context, this may be the only thing that rings true concerning the plight of white people across the world. White people’s lives, dignity, and collective rights to our self-determination have been destroyed, and we ultimately aren’t allowed to organize in any other way outside of abstract principles. These principles can run the gamut from the right to bear arms to a minor’s “right” to have a “doctor” shove hormones down their throat and slice up their genitals—though, to Chris, the former is the “fetish.” This is a common occurrence among the radical left: gross mischaracterization and pathologizing of mainstream conservative positions while painting over radical and abhorrent leftist views with Orwellian euphemisms—for eg. transition surgeries as “gender-affirming care”.

Only in the context of Chris’ explicit anti-White bent does it become clear that our anti-White intellectual elites seem to prefer the state of precarity the average White person endures. No, people like Hedges take some sick pleasure out of the decline of Whites. One might even say our anti-White intellectual elites fetishize White decline. Which might have you thinking, “does Chris Hedges have an Asian wife only because he hates White people?” or is this just another one of Chris’ fetishes? 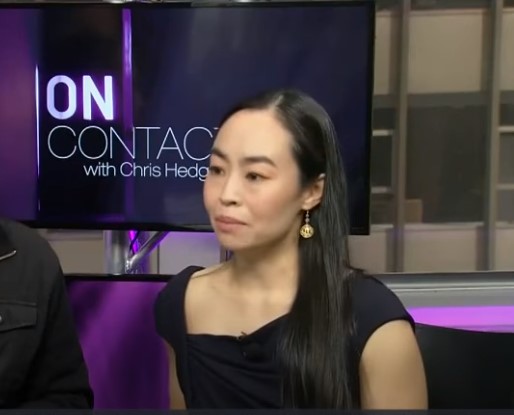 The embodiment of libtarded: Wife of Chris Hedges, Eunice Wong. “I’m an actor, voice artist, yogi, teacher, and writer. I trained at Juilliard and have worked at theaters in New York City and across the country, as well as appearing on networks like NBC, HBO, ABC, and Comedy Central. “

White people aren’t fetishizing guns, Chris, but American elites do fetishize blacks, fags, and White decline. White people have legitimate grievances but simply aren’t given the political tools, rhetoric, or advocacy to affect anything tangible in their interest. So, surprise, the everyday White man working a 9-5 in a town with an out-of-control black crime rate is likely to care about their right to self-defense.

Furthermore, Hedges, whose critical thinking skills are so perverted with anti-white thought patterns, manages to bemoan supposedly lax gun laws, only to later cry racism over blacks suffering from gun laws that are, get this, too restrictive!

“Yes, the lax gun laws and risible background checks are partially to blame. …Restrictive gun laws, and gun laws that are inequitably enforced, block gun ownership for many Blacks, especially in urban neighborhoods.”

Oh, but you ain’t seen nothin’ yet! Chris continues:

Chris can’t decide whether gun laws are too lax or too strict, or how he feels about it for that matter! But, in the wake of a stratospheric rise in black violence, Chris thinks it’s a good idea for the state to allow violent black felons to obtain firearms legally. Brilliant! When you put all this together, it becomes clear what’s firing off in Chris’s thick skull is a sort of putrid, deep-seated ethno-masochistic fever-dream in which White people finally get their righteous comeuppance at the hands of the scorned and sacred BIPOC hordes. Read for yourself:

“Kill them overseas. Kill them at home. The more the empire deteriorates, the more the impetus to kill grows.”

“People who are Black, Muslim, Asian, Jewish, and LGBTQ, along with the undocumented, liberals, feminists and intellectuals, already branded as contaminants, will be slated for execution. Violence will spawn more violence.”

This is your brain on anti-Whiteism.

Let’s, for a second, put ourselves into Chris Hedges’ shoes, ok? You just finished typing the above sentence, yearning for violent “Black retribution” against your own people. You need a second to stretch your noodle, and soak up how amazingly libtarded you are. You look out the window of your cozy cottage in your all-White Vermont town. You imagine all the masses of guns these bloodthirsty Whites must have tucked away in their homes—a veritable arsenal. And yet, virtually zero crime surrounds you (as the Zoomers would say, demographics really do be like that). You look inside to your Asian wife, then back to your MacBook, and think to yourself, “Holy fuck, I’m such a good libtard.” Then, it’s back to the anti-White grind!

“This blood sacrifice, whether at home or in foreign wars, is racialized. The U.S. has slaughtered millions of the globe’s inhabitants, including women and children, in Korea, Vietnam, Afghanistan, Somalia, Iraq, Syria and Libya, as well as in numerous proxy wars, the latest in Ukraine, where the Biden administration will ship another $ 700 million in weapons to supplement $54 billion in military and humanitarian aid.”

Is Chris so dumb as to lay the deaths perpetrated by U.S. foreign policy at the feet of White people? How long do we have to pretend American foreign policy is controlled by The philosemitic Christian lobby and not by maybe some other powerful interest groups? How might “Clean Break: A New Strategy for Securing the Realm” and its deployment possibly be mistaken for “White Supremacy”?

In the case of Ukraine, Jewish actor Volodimyr Zalinsky, whose Television and political career were funded by Israeli (read: Jewish) billionaire Ihor Kolomoyskyi, is needlessly prolonging a war at the behest and backing of U.S. foreign policy. The war spills exclusively White blood. What kind of blood sacrifice might this be, Chris, and for whom, exactly?

Does Chris not know that nearly ALL of the top donors to BOTH of America’s political parties are not White but Jewish Billionaires, or is he conveniently ignoring that inconvenient fact? Furthermore, many of former President Trump’s foreign policy wonks were Jewish, and more notably, Trump’s top “senior” advisor was none other than Jared Kushner, son of Jewish mobster Charles Kushner. 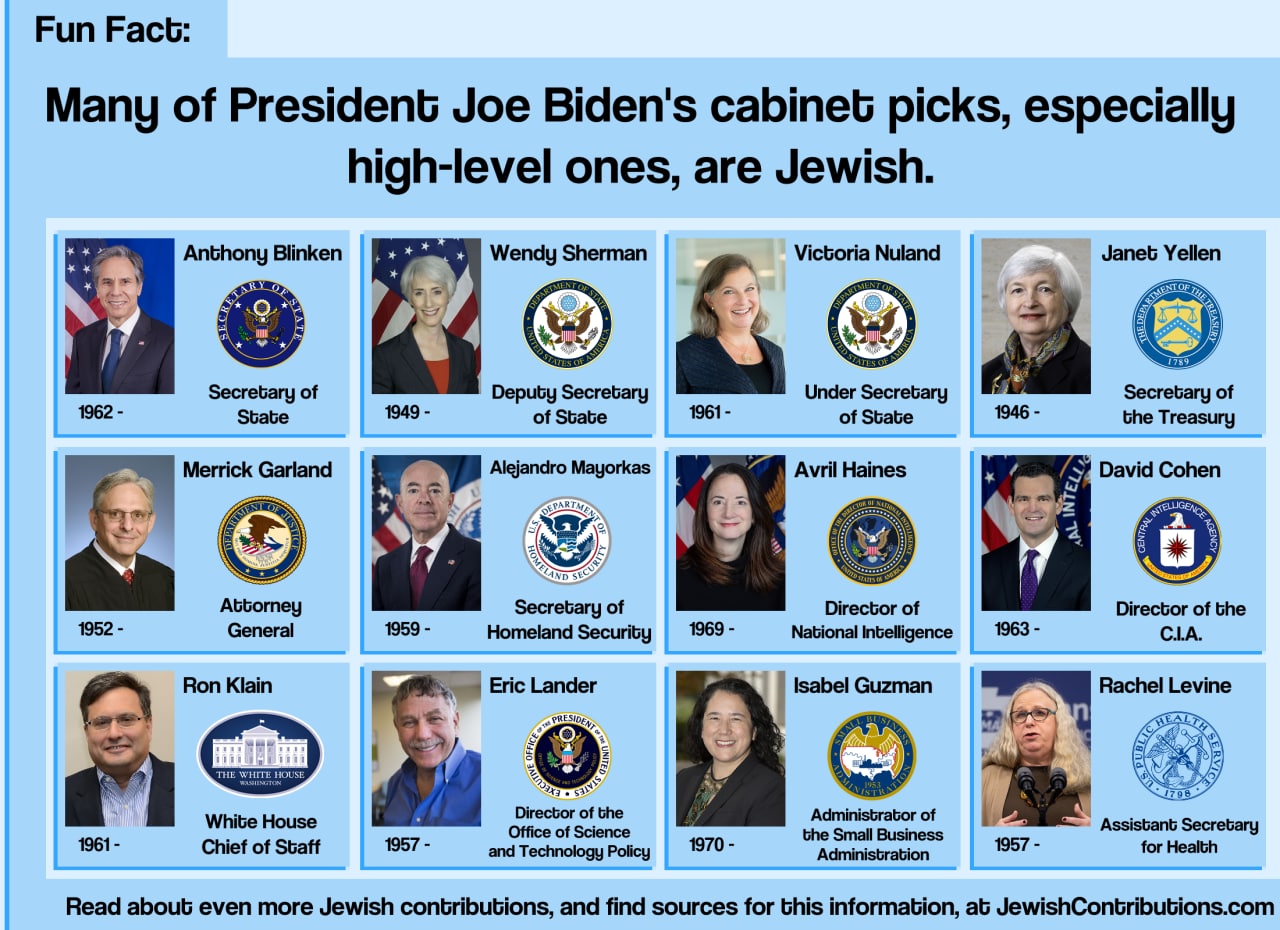 The entirety, and I mean 100% of President Biden’s top cabinet appointees, are Jewish. So is America’s Foreign Policy really about White Supremacy or maybe a different kind of Supremacy? Sure White men do almost all the fighting and killing on behalf of the state apparatus, but is it really in the interest of White people? This is obviously not the case.

The fact is, White people need not apologize for a single, goddamn thing. If it wasn’t for Whites, blacks would be doing whatever the fuck Africans do in Africa on a daily basis—procreating, dying, or killing—all whilst infected with whatever the latest super-virus the Dark continent manages to spawn. The average white man in early America worked for himself and his, often at a stark disadvantage to the elite White and Jewish slave-holding classes, or, was enslaved himself via indentured servitude. Oh, and so long as we’re dolling out collective racial punishment—as Chris is wont to do on behalf of White people exclusively—for the crimes of slavery, I wonder why Hedges fails to mention Jews given their leading and vastly outsized role in the slave trade.

I have one more question for Chris, if he doesn’t want Whites to collectivize on abstract or symbolic principles, how should we? The blacks have BLM, Asians have math clubs, and the Mexicans have, among many, a group called “The race” (La Raza). And the Jews? Well, Jews have more advocacy groups than any other group combined, probably, and those are just the ones explicit and by name.

So let’s see,
1. Chris pathologizes and demonizes White people’s desire to advocate for basic rights of self-preservation
2. Openly recognizes the reality of political and economic forces that have led to the dispossession of Whites in America
3. Seems to welcome the day Whites become a minority
4. Thinks gun laws are too lax for Whites and too strict for violent black criminals
5. Has no problem with advocacy and collectivization of every racial group under the sun BUT Whites

Do we really need anti-White liberal elites like Chris to come out and say it, or can we use basic reading comprehension and pattern recognition skills to understand what rats like Chris Hedges want? At the end of the day, Chris Hedges hates where he came from. He hates his people, his own family, and ultimately himself, but gosh-darn it, he sure does love sniffing his own farts. 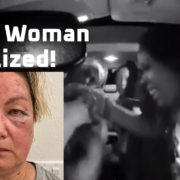